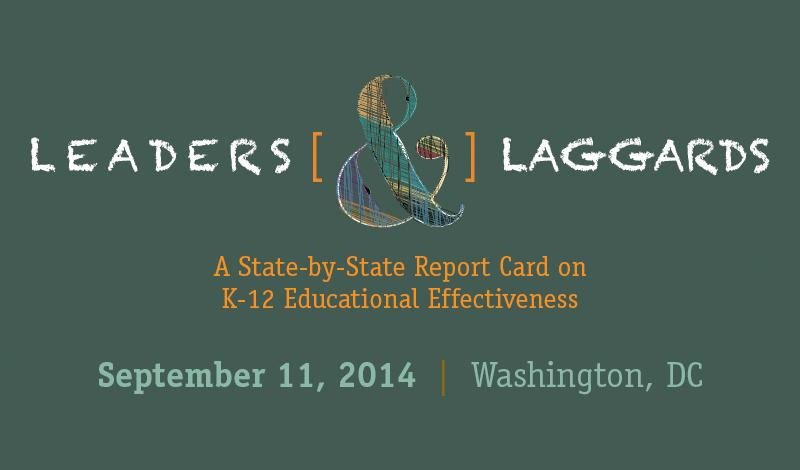 The 2014 Leaders & Laggards report will be published on September 11, coinciding with an event held at the U.S. Chamber of Commerce headquarters in Washington, D.C.

In 2007, the U.S. Chamber of Commerce launched an effort to dig into national statistics and available rankings of state policy environments to see who the national leaders in educational performance were—and who were the laggards. The resulting report, Leaders & Laggards: A State-by-State Report Card on K-12 Educational Effectiveness, ranked states on important indicators such as rigor of standards and teacher effectiveness. A second iteration of Leaders and Laggards was released in 2009, which focused on the states that led the way in educational innovation. The 2012 Leaders & Laggards report analyzed the public postsecondary education systems across the country.

On September 11, the U.S. Chamber of Commerce Foundation will release its latest iteration of the report which will update the 2007 edition, include new metrics, and show changes in student scores over time. Registration for the event will begin at 11:30 a.m. and the event will conclude at 2:30 p.m. Please register here.

How Does Your State Stack Up When it Comes to Flu Shots?
Election 2020: Our Country Needs a Calm Voice, and Business Can Provide It
Childcare Challenges Persist as Parents Return to Work Amid COVID-19