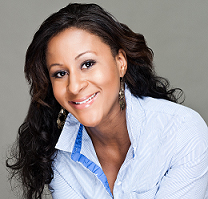 Angela is the Founder & CEO NewME Accelerator. Launched in 2011, NewME’s mission is to accelerate, educate, and empower underrepresented tech talent around the world.  NewME Accelerator has received critical acclaim from The Wall Street Journal, The Washington Post, and Inc. Magazine, among others for the work they are doing to ensure the technology industry is accessible to women and minorities.  Additionally, Angela and the inaugural class of NewME Accelerator were featured in CNN’s award winning documentary series Black in America: The New Promised Land: Silicon Valley in 2011.

Angela has been recognized as a change agent and an industry influencer by numerous publications and organizations including: Fast Company, Ebony Magazine, TheRoot, TheGrio, National Urban League, Black Enterprise Magazine, et al.  She is also the youngest Hall of Fame inductee of Minority Media and Telecommunications Council (MMTC).

Angela’s previous experience spans a variety of industries and roles.  She has worked at several InterActive Corp businesses including RealEstate.com, LendingTree.com, and RushmoreDrive.com.  In 2007 she launched BlackWeb20.com, the leading online publication for African-Americans interested in Technology and New Media.  Throughout her career she has worked in a variety of roles in design, marketing, development, digital strategy and entrepreneurship.