U.S. Chamber of Commerce Foundation / Beyond 34: Recycling and Recovery for a New Economy / Local Champions

Beyond 34: Recycling and Recovery for A New Economy is a first-of-its kind multi-stakeholder pilot project aimed at increasing the current 34% recycling rate in the United States by providing a scalable model for improving recycling and recovery rates. The goal of the project is to help communities, cities, and businesses across the country create a more sustainable future. Orlando, Florida was chosen to serve as the pilot city to kickstart Beyond 34.

Since launch, the Beyond 34 partners have worked together to build a strong foundation that will help Orlando become more sustainable. Through this process, local champions emerged.

The local champions are a group of regional stakeholders that have volunteered to set in place a vision for the future state of recycling and to work with the Beyond 34 program leads, as well as other local stakeholders to devise and implement projects to work towards that vision. 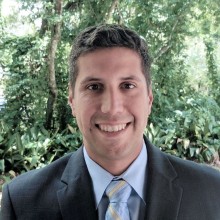 Thierry “Terry” Boveri is an Associate with Public Resources Management Group Inc. (PRMG), a firm specializing in utility and solid waste rate, financial and management consultancy to local governments and municipalities. Through his experience in performing various economic, financial and rate evaluations for local governments in Florida and Virginia, Thierry hopes to share his understanding and insights about the municipal solid waste business and industry to advance the B34 vision. 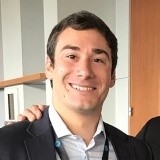 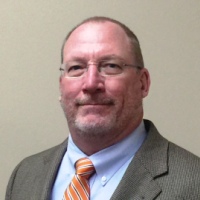 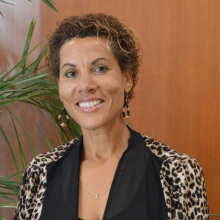 Judith-Ann is a former Air Traffic Control Officer in the Royal Canadian Air Force, where she gained experience in numerous aspects of airport operations, leadership & academic training, and management facilitation. After retiring from the military, Judith-Ann worked as an ATC consultant, and later as an airport environmental consultant. Judith-Ann has been employed as the Manager of Noise Abatement and Sustainability for the Greater Orlando Aviation Authority since early 2015. Judith-Ann graduated from Carleton University with an Honours Bachelor of Integrated Sciences (Geology/Earth Sciences), and holds a Master’s degree in Aviation and Aerospace Operations from Embry-Riddle Aeronautical University. Judith-Ann is a member of the Central Florida Chapter of Women in Aviation International, the Metropolitan Environmental Training Alliance (Central FL), and the Central Florida Girl Scouts Citrus Council. 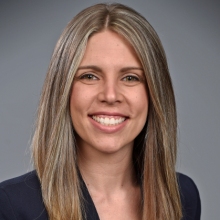 With over 10 years of experience as a Chamber professional, Amanda O’Brien is currently serving as the Interim Executive Director and Director of Membership for the Orlando Regional Chamber of Commerce, a division of the Orlando Economic Partnership. As a Five-Star Chamber, the Orlando Regional Chamber of Commerce is positioned to serve the growing needs of businesses and entrepreneurs in seven Central Florida counties. Amanda looks forward to helping advance Orlando’s sustainability efforts by educating and engaging the Orlando business community in the Beyond 34 project. 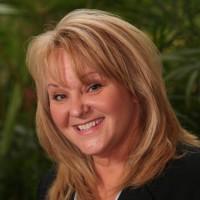 Alexa Stone founded ecoPreserve in 2009 with a mission to help organizations improve operational efficiency, reduce costs, and achieve sustainability. Alexa also advocates for Smart Cities initiatives at the local and global level. A speaker and educator, Alexa and her organization are known for their ability to affect long-term cultural change through data driven planning, policy development and implementation.

As community leader, Alexa is a founding member of the Central Florida Energy Efficiency Alliance and Green Destination Orlando, a 501(c)3 certified nonprofit. She currently serves on the Board of Directors for the Florida Green Chamber. Previously she served as a Board Director for the US Green Building Council (USGBC) and the International Facilities Management Association (IFMA). Alexa chaired the Green Committee for the Building Owners and Managers Association (BOMA) and serves as a judge for Orange County Public Schools Green Schools Recognition Program. 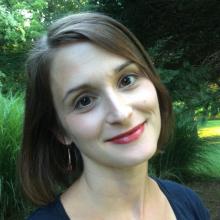 Michelle Balz is the Solid Waste Manager for the Hamilton County Recycling and Solid Waste District in Cincinnati, Ohio. Her passion for environmental sustainability has led her to spend the last 16 years encouraging people to reduce, reuse, and recycle.When not battling in       the war on waste, Michelle enjoys hiking, camping, and spending time outdoors. Michelle earned a bachelor’s degree in Environmental Studies and a master’s degree in Professional Writing both from the University of Cincinnati. 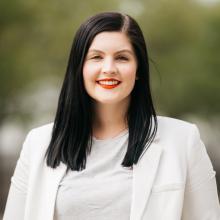 Hannah Boone is the Government Affairs Activator for the Cincinnati USA Regional Chamber. She joined the Chamber in 2016 and has an extensive background in journalism, event management, marketing and public relations. Originally from Indianapolis, Hannah relocated   to Cincinnati after graduating from Indiana University Bloomington. 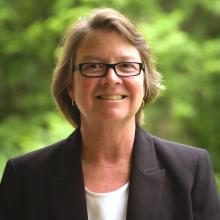 Ms. Sue Magness has been working in the field of recycling, solid waste management, and environmental education for over 25 years.  Currently, the recycling coordinator for the City of Cincinnati, she has improved the recycling infrastructure by converting from bins to carts, adopting RFID   technology, piloting corner can recycling in business districts, and adding clothing & housewares to the curbside collection program.   Additionally, utilizing the community-based social marketing approach, 8 targeted neighborhood research campaigns have been implemented and are under   evaluation with results ranging from 4% to 14% sustained increase in participation.  Since starting with the city in 2008, participation in the curbside recycling program has increased from 35% to 70%, tons collected has increased 49%, the diversion rate went from 10% to 26%, and the lowest   contamination rate in the country at 12%.   Ms. Magness currently serves as Policy Board Member for the Hamilton County Recycling and Solid Waste Management District (www.hcdoes.org),  Advisory Panel for the Environmental Education Council of Ohio (www.eeco-online.org), Founding   Board Member of Green Umbrella (www.greenumbrella.org) (2007-2014) and former Board Member for Leave No Child Inside of Greater Cincinnati (www.lncigc.org) and Greater Cincinnati Bonsai Society (www.cincinnatibonsai.com)

Ms. Magness has a Bachelor of Science from Northern Kentucky University in Psychology with an emphasis in Environmental Psychology and minor in Marketing. In her free time, she enjoys bonsai gardening, hiking, and traveling. 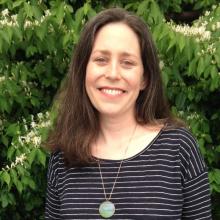 Ryan Mooney-Bullock has spent the last 20 years working in science and environmental education and environmental policy. A seasoned program manager, educator and communicator, Ryan is most energized when she is helping people make connections between their passions and what is going on in the natural and human worlds around them. While studying Environmental Studies at the University of Chicago and researching at the Center for Neighborhood Technology, she focused on environmental policy, economics and urban sustainability. At Antioch University New England she deepened her understanding of natural systems and how to educate about them, and earned a MS in Environmental Science. She developed and managed the Green Learning Station at the Civic Garden Center during its formative years.  She has a lifelong commitment to environmental sustainability and Cincinnati’s green hillsides, waterways and vibrant community. 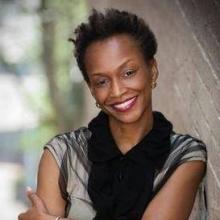 In April 2019, Carla Walker was selected to serve as the Climate Advisor for the City of Cincinnati for the American Cities Climate Challenge created by Bloomberg Philanthropies. Carla has advised elected officials, non-profit and business leaders at home and abroad for nearly 20 years. A veteran strategist, she has served in three Cincinnati Mayoral Administrations (Tillary, Qualls, Mallory), staffed 12 members of the Ohio State Legislature, held leadership positions in three US Presidential campaigns and has led or been involved with more than 150 different advocacy or candidate campaigns. Prior to serving as the Chief of Staff to Mayor Mallory, she served as the National Deputy Field Director for ONE.org, the global development organization founded by Bono. In that role, she created and led their national field and volunteer division across the US. She reunited with ONE in 2016 to serve as the Strategic Advisor for the Africa office where she managed campaigns like Poverty is Sexist and the rollout of the ONE Award across sub-Saharan Africa.

While Chief of Staff for Mayor Mallory, she worked to re-establish the Office of Environment and Sustainability, Office of Planning, and helped develop the Climate Protection Action Plan which was the first Green Cincinnati Plan. In 2010, she stepped down from her post as Chief of Staff and founded think BIG strategies, a boutique consultancy that provides strategic council and public relations initiatives for not for profit, start up and public sector clients. She specializes in projects that are in the environmental space and those that have a global reach or impact.

Carla is a board member for Ohio Citizen’s Action, the premier grassroots mobilizing and organizing team in the midwest, and Congress for New Urbanism-Midwest Chapter, an organization that helps create vibrant and walkable cities, towns, and neighborhoods where people have diverse choices for how they live, work, and play. In 2018, she was appointed by the Mayor of Cincinnati to serve on the Cincinnati Environmental Advisory Council. 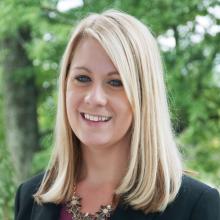 Molly joined Rumpke in January 2008. She is a graduate of Kent State University’s School of Journalism and Mass Communication with a degree in public relations. Prior to joining Rumpke she worked for the Goodyear Tire and Rubber Co. in the Global Communications department and has also worked for advertising agencies overseeing marketing and public relations for several companies including Marathon Oil, A.R.E. truck caps, CORSA exhausts, Guidestone Financial Services and Progressive Foam Technologies.

She resides in Seven Mile, Ohio, with her husband Jeremy and three sons. 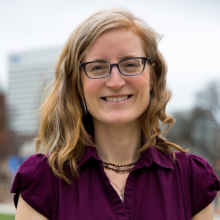 Lisa is the Head of Sustainability at The Kroger Co., the country’s largest grocery retailer, headquartered in Cincinnati, Ohio. In this role, she leads and executes on Kroger’s sustainability strategy, including the company’s progress towards its 2020 sustainability goals and Zero     Hunger | Zero Waste commitments. Previously, Lisa served as Sustainability Manager for Staples, Inc. for nearly five years, where she played a key role in implementing and communicating the company’s global sustainability vision. She earned her MBA from the Ross School of  Business and her MS and BS degrees from the School for Environment and Sustainability, all at the University of Michigan, during which time she worked with several leading companies on sustainability-related projects. 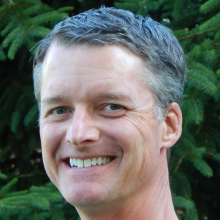 Brent M. Heist leads the Global Packaging Sustainability team at Procter & Gamble. He is located in Cincinnati, Ohio. Brent holds a BS in Chemical Engineering from the University of Houston and an MBA from Xavier University. In his twenty-six years at Procter & Gamble Brent has worked in Process Development, Products Research and most recently Packaging Development spanning several of P&G’s business units. In his current role he works with all of P&G’s brands to help them deliver the company’s Ambition 2030 goals to have 100% recyclable packaging and to reduce the use of virgin petroleum plastic by 50%.

Beyond 34: Recycling and Recovery for a New Economy