U.S. Chamber of Commerce Foundation / BHQ / The App-ification of Medicine 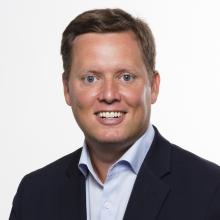 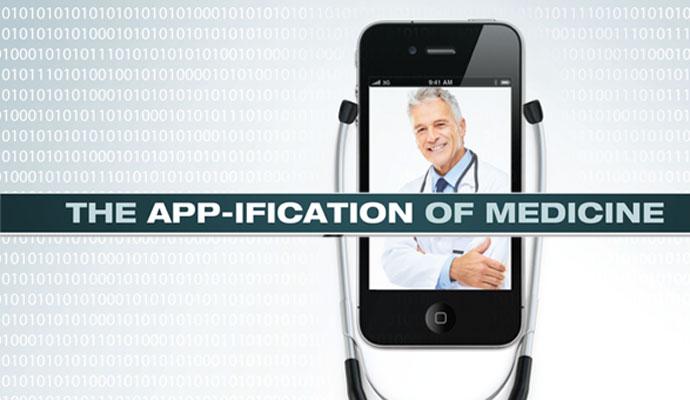 Several years ago, when our four children were ages five, three, and two, along with a newborn, we spent a lot of time at the doctor’s office. Way too much, in fact. We would detect an ear infection coming on, make an appointment with the pediatrician, bundle the four in snowsuits, load them in the minivan, and then unload, unbundle, and wait 45 minutes for the doctor to perform a three-minute exam. On perhaps a dozen occasions, the doctor told us the ears were fine—only for us to return, bundled, locked, and loaded, two days later with an unhappy child with an obviously full-blown infection.

The health care system didn’t reward our intuition. Tomorrow’s parents and children, however, may not have to endure two days, two visits, and two sleepless nights before getting treatment. They will have help from, among other things, their smartphones. Plug in a scope to your phone, peer into your child’s ear, and let your phone’s camera and an app analyze what it sees and senses. Amoxicillin to the rescue, without leaving the house.

This little story is the tip of the health care iceberg. The health care market is vast and deep, but many of its details are invisible and its scale impenetrable. It floats along, growing in bulk but too rarely in sophistication even as health insurance rates continue to soar. Health care employment is growing fast as well, but that’s part of the problem. Between 1990 and 2010, while the rest of the U.S. economy enjoyed annual productivity gains of around 2%, American health care productivity actually declined 0.6% per year. Over 20 years, that’s a productivity differential of around 60%. If we could raise the productivity of health care, which is about one-sixth of GDP, we could substantially improve the nation’s economic health.

Gene therapy, stem cells, organ transplants, robotic surgery, and robotic limbs—these are examples of the best of American technology. They seem almost miraculous in their sci-fi sophistication and healing power. Our highly trained doctors and nurses are the world’s best. Yet the inefficient structure of American health care is a heavy burden. It saps our time and weighs on our individual and governmental budgets. This dead weight isn’t just breaking our finances but threatens to deaden our innovative capacity.

Enter smartphones and tablets, which could be catalysts of a new health care productivity revolution. With Gartner, a leading IT research and advisory company, projecting the sale of nearly 1.2 billion smartphones and tablets in 2013, the number of new mobile devices will be breathtaking. They are connected, personal, and broadband-connected general purpose computers, limited in their capabilities mostly by the reach of our imagination. In the short time since Apple’s App Store first opened, consumers have downloaded 40 billion iOS apps and another 30 billion Google Android apps. The diversity of the new software tools is astonishing. It’s all powered, moreover, by broadband wireless connectivity and the near-infinite computing and storage capacity of the Internet cloud.

Software and device development for medical apps is exploding. Today, doctors use apps as reference books, dosage calculators, and electronic stethoscopes. They have anywhere, anytime access to patient records and images. Patients use simple apps like Emergency Kit, which stores your blood type, medications, allergies, emergency contacts, and other vital health information; or the MediSafe cloud-based pillbox app that reminds you to take your medication—and notifies loved ones if you don’t. These, however, are just the obvious first steps. Far more advanced apps are being developed.

Consider CellScope’s new smartphone otoscope and dermascope attachments—one looks into ears, the other at skin lesions, taking photos, keeping records, and forwarding pictures to your physician. Similar apps are in the works for the heart, like mobile electrocardiograms. At the 2013 Consumer Electronics Show, Dr. Peter Fitzgerald, a cardiologist and engineer at Stanford’s Center for Cardiovascular Technology, estimated that one-third of cardiac clinic visits are unnecessary. Remote technology, he said, can do more than replace office visits and cut costs, however. It can empower patients, individualize their care, and ultimately reduce morbidity and mortality.

The most ambitious project in the mobile health field is being catalyzed with a $10 million prize for a future device inspired by Star Trek’s Dr. McCoy. In the show, Dr. McCoy would wave his “tricorder” handheld device over a patient to diagnose seemingly any condition. Now the wireless chip maker Qualcomm has partnered with the X Prize Foundation to challenge inventors and entrepreneurs to make what was once science-fiction a true hand-held reality.

Other miniaturized medical breakthroughs will make the Tricorder pursuit look quaint. New research suggests a number of conditions can be diagnosed by looking at the inner eye or, separately, through chemical analysis of human breath. It is easy to see, once these technologies are perfected, how they might be integrated into mobile devices.

Two researchers at Caltech, meanwhile, have found a way to put a terahertz scanner on a chip. Like x-ray machines, these scanners see through objects, but they aren’t as powerful and don’t damage human tissue. No doubt you’ve seen big terahertz machines at airport security checkpoints. Now consider putting one of those in your phone and you’ve got a personal x-ray machine ready to go.

The “appification” of medicine will create a positive feedback loop of new data and further breakthroughs. With real-time information on vital signs, symptoms, lifestyle habits such as diet and exercise, biochemistry, and medicines (and our responses to them), we will compile vast troves of medical data that can fuel new research as well as treatment. Smart devices will thus help bring the power of Big Data to health care.

Such an evolution is not an argument for “telemedicine” as it has often been described. Too often telemedicine entails an expensive, subsidized, and purpose-built system that will be outdated before it is ever turned on. The ecosystem of broadband, devices, and apps is more likely to produce good outcomes for remote medical technology.

Greater productivity in health care does not mean we need to “cut” health care quality or even, necessarily, spending. Health care is a superior good—when we have satisfied our other basic needs, it makes sense to spend to feel better, longer. As much as possible, however, individuals should make these decisions.

Productivity comes from matching real technology with real knowledge and real prices to produce real value. This is why medical procedures paid for with cash, such as Lasik eye surgery, have achieved dramatic technical success while driving down costs. The links between patient, doctor, technology, and price are real.

(1) Patients can and should be empowered by technology;

(2) Insurance should actually be insurance against unforeseen illness, not a government-guided Rube Goldberg third-party payment infrastructure; and

(3) Doctors, clinics, and hospitals should be operating in a more dynamic environment with far more entrepreneurial business models than exist today.

In the end, health care decisions should be personal and flexible, like a smartphone.

Unfortunately, regulations under the Affordable Care Act push in just the opposite direction, limiting diversity and choice in the insurance market, constraining individualized consumer-doctor decisions, and forcing industry consolidation when more health experimentation is needed.

A costly, bloated system will, at some point, degrade our ability to fund high-end research and pay for high-end services. We need technology at the low end of the spectrum— with the patient as consumer of the doctor's services—to foster ever more technology at the high end: pharmaceuticals, diagnostics, surgery.

The smartphone represents the possible future of medicine—decentralized, agile, innovative, and consumer-based. Under the enacted health care measures assembled by the Obama Administration it is just the reverse. It is the 1950s mainframe of medicine—centralized, slow, heavy, and costly.

Your iPhone won’t cure cancer but if mobile computers can make medicine faster and more personal, they will improve our daily lives and budgets and free up resources for tomorrow’s life-enhancing discoveries.

That’s a breakthrough to remedy our needs for growth, opportunity and lives well lived.