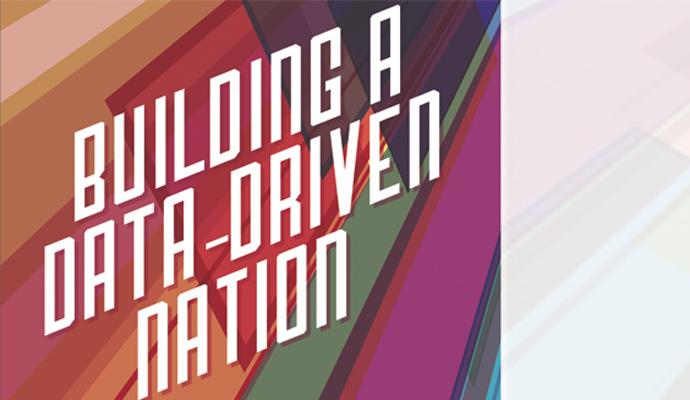 Information technology is elevating and disrupting most of the economy, and its potential to transform public sector services and lagging portions of the private sector is obvious and important. When governments do deploy IT, however, they often spend too much and increase complexity without improving service. Witness the botched launch of Healthcare.gov – perhaps the largest IT failure in history. In other cases, public policy discourages private firms and industries from investing in IT and using it to innovate.

Healthcare and education, in particular, lag behind the rest of the economy in productivity growth and innovation and have, to date, made poor use of information technology. Yet, each is on the cusp of major IT breakthroughs. Beyond traditional IT, the new tools we call Big Data seem perfectly suited to help revolutionize these large American industries. (Big Data refers to the new technologies and methods we use to capture, store, search, and analyze vast and diverse collections and streams of structured and unstructured information.) Getting policy right could thus help these sectors catch up and, because they are so large, boost overall economic growth.

Governments have deployed IT unevenly, at best. In 2004, when our family moved from Massachusetts back to our home state of Indiana, I went to the Bureau of Motor Vehicles (BMV) to get a new driver’s license. I only achieved street legality, however, after six weeks and seven infuriating trips to various government agencies. Fast forward several years, and it’s time to register a new family car. I’ve heard the BMV has improved its operations – the new governor had made radical improvement of the BMV a top priority.  I’m able to make an appointment over the Internet, but I’m skeptical. I arrive at the hour of my choosing, check in, wait three minutes for the clerk, and within another six minutes, am out the door. Three or four of those minutes, moreover, were spent thanking the very pleasant clerk for the vastly improved service. Six minutes versus six weeks. Better service at a lower cost is possible.

The failed Healthcare.gov launch, however, shows that IT, if poorly managed, can make things worse. Even if implemented skillfully, IT is no solution to underlying complexity and economic irrationality. Indeed, because it encourages one-size-fits-all insurance plans and business models, the Affordable Care Act could discourage many data-driven innovations in health financing, service delivery, medical research, and patient-centered personal technology.

If we reformed health financing, we could see health IT flourish. The perplexingly slow deployment of effective IT in healthcare is, in large part, due to the third-party payer problem that afflicts so much of the industry. When hospitals, clinics, and physicians don’t interface with patients directly and don’t compete on value, but instead are paid per visit or per pill, there is little upside to information technology. IT is pure cost. If patients had a more direct relationship with the medical service providers, however, better service through IT would be a key customer (patient) consideration. Healthcare providers would race to innovate.

Our local orthodontist, who has the most efficient and high-tech operation you’re likely to see, is a prime example. When money comes out of the patient’s pocket, doctors fiercely compete for business and make smart investments in IT. The government’s push to implement electronic health records could improve things at the margin. But the complexity and bulkiness of a top-down mandate is likely to result in overspending on systems that will not keep up with the times. A more decentralized approach, like the personalized apps and services we see in the consumer cloud arena, is likely to deliver inexpensive and continuously updated cutting-edge services.

Big Data, compared to, say, electronic patient records, is an even bigger opportunity for healthcare. A deluge of patient data is coming our way, and it will transform the drug discovery, personalized medicine, and self diagnostics. When smartphones can sense and relay real-time biometrics, and with more fine-grained information from patients, genetic databases, and research trials, Big Data tools will radically speed the medical innovation process, delivering breakthrough discoveries and customized treatments.

Big Data may also be the foundation of an education revolution. Online education – from iPads that help children to read to advanced university courses on the Web – are already disrupting the industry. Some education experts, however, believe Big Data’s capacity to help us pinpoint each person’s learning style will be an even bigger breakthrough. In their new book, Breakthrough Leadership in the Digital Age, Frederick Hess and Bror Saxberg argue that better tech-enabled measurement and assessment, combined with our new understanding of the science of learning, will help “learning engineers” (teachers) design highly successful individualized learning plans for each student.

Technology that can take students to any corner of the knowledge universe, combined with customized courses of study and learning tools, could make education far more cost effective—and more effective period.

The data driven world is not without its pitfalls. The tension between national security and privacy is a prime example. Most citizens probably want their government to prevent attacks, terrorist or otherwise, and will sanction the CIA, NSA, FBI, and Pentagon to protect us. The revelations, however, that the NSA intercepted huge troves of Internet and phone data, including that of American citizens, ignited the most serious discussion on the topic in a long time.

Even citizens who usually support the government’s efforts began to question whether an important line had been crossed. Personal data, from online transactions to digital photos, will only grow, and our adversaries will continue to find sophisticated ways to use data and digital technologies. The nation, therefore, will have to establish (or at least attempt) a new balance, and today, it is not clear where that new line will be drawn.

Technology will also present us with other challenging questions—say, how to regulate driverless cars, unmanned flying drones, and health related smartphone apps. Are driverless cars and drones more like remote control toy cars and planes? Or are they scary and subversive, if no longer science fiction? Will health apps, which are multiplying by the day, be considered simple, fun consumer items? Or will the FDA regulate them as medical devices? The questions of liability and regulation won’t always be clear or easy.

Another potential pitfall is the basic tension between technology and government. At its best, technology allows us to do more with less. Technology that puts many of the most important functions of government into software is good for citizens but may not be good for government employment. The widespread adoption of effective technology for public purposes may, therefore, meet fierce resistance.

On the other hand, the fastest growing component of Apple’s workforce is its retail store “geniuses,” or clerks. A government workforce that effectively deploys IT could earn the resources to sustain itself. The known incentives and information-deficits of government, however, don’t point in that direction.

We should focus on four areas of policy to ensure America’s success as a “Data Nation.”

2. Make prudent use of simple technologies to deliver existing government services in a far more efficient and user-friendly manner.

3. Help jolt healthcare and education to higher levels of productivity by enacting policies that make it economically rational for firms in these stagnant sectors to make better use of IT and Big Data.

4. Be open to new data-driven industries, encouraging experimentation and innovation—for example, the combination of driverless cars and smart traffic management.

The United States today leads the world in data-driven innovation—we have the most sophisticated broadband infrastructure (both wired and wireless), cloud companies, and Big Data start-ups. Yet, substantial portions of our economy—government, health, and education—don’t yet measure up to these high standards. With the right incentives and flexible policies, data-driven innovation could infiltrate these underperforming sectors and make us smarter, healthier, and wealthier.