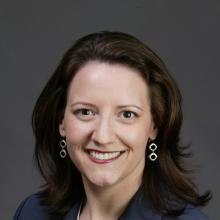 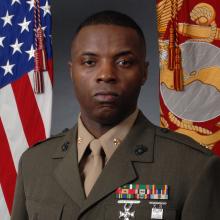 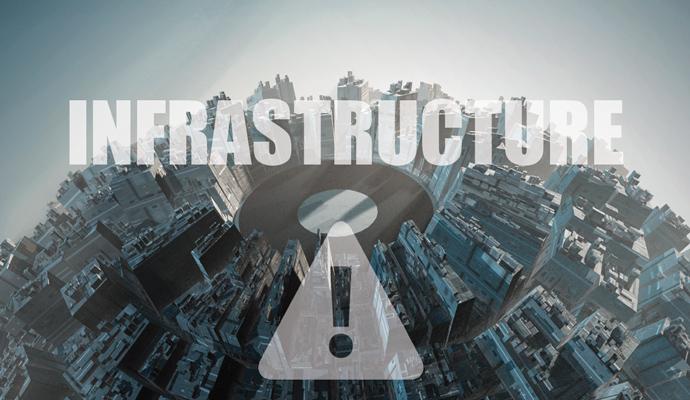 In 1958, the Disney Company made a short film titled Magic Highway USA, which made several accurate predictions about what transportation and transportation infrastructure of the future would look like, including the existence of Global Positioning Satellite technology and digital highway traffic signs. If Disney were to remake Magic Highway today, what would it say about the future of transportation?

There are numerous infrastructure innovations already in development. Over the next 25 years, the nation’s transportation system will need to carry a diverse economy, changing demographics, and demanding customers. Unfortunately, our transportation infrastructure has not kept pace with some current demands, let alone received the upgrades necessary to satisfy future needs.

America’s roads, rails, runways, and rivers require faster implementation of new technology and the capacity to offer far more dynamic support to a changing economy. It must connect the agricultural heartland with global customers while also helping small businesses remain competitive locally and internationally. The transportation system also has to deliver reliable, safe, and fast transportation service for online retailers while keeping the shelves stocked in America’s brick-and-mortar stores. For the United States to speed into a profitable and competitive future, we must take our national foot off the break and get moving on transportation infrastructure improvements and upgrades.

While the challenge is great, there are groundbreaking innovations on the horizon that could revolutionize how the country moves. Take current research on America’s future highways. Drivers could see innovations that make travel safer. Dutch design firm Studio Roosegaarde and the infrastructure management group Heijmans are testing glow-in-the-dark roads that store sunlight during the day to light a driver’s path at night. They are also developing asphalt that changes colors to indicate road conditions.[i]

Other research is developing roads made from super-strong, solar-powered glass panels. Embedded heating technology powered by solar panels could do away with the practice of salting roads to remove snow and ice. Over time, municipalities could see cost benefits, such as savings from no longer needing road salt and some maintenance crews and equipment, as well as revenue from electricity generation.

In 2009, electrical engineer Scott Bursaw was awarded a U.S. Department of Transportation contract to develop a concept that would yield pavement that generates power. Bursaw built a 12 foot square prototype solar road panel, and with a $750,000 2-year follow-up Small Business Innovation Research (SIRB) contact, he is building and testing a parking lot-sized version of his technology.

As well as these groundbreaking innovations, the next 20 to 30 years could bring roads that charge electric vehicles while driving, wind-powered interactive lights, and “energy roads” that generate power from the vibration that vehicles make as they move.[iii]

“Any weakening of [infrastructure],” he said, “weakens our ability to stay commercially viable with our global competitors.”

When transportation networks support predictable logistics, there is a positive and strong correlation with job-creating foreign direct investment. Without a first-rate transportation system, we cannot maintain a first-rate economy. As the United States’ transportation infrastructure becomes less competitive with the rest of the world, business will look to invest and employ people in other countries with more efficient physical platforms. To avoid such an uncompetitive future, the country needs leadership to increase funding and financing for transportation infrastructure and reduce the regulatory burdens that stifle innovation and project delivery.

Federal Funding in the Slow Lane

America currently sits atop the World Competitiveness Yearbook ranking; however, to maintain this position, we must address current infrastructure funding policies and increase our infrastructure investments. This means examining the composite and use of the Highway Trust Fund, the Inland Waterways Trust Fund (IWTF), and the budget for the Next Generation (NextGen) Air Traffic Control System.

When President Dwight Eisenhower and Congress created the Federal Highway Trust Fund (HTF) in 1956 to support the Interstate Highway System, it provided the right formula to support that national infrastructure. America has changed dramatically over the last 60 years ago, but the same cannot be said for the HTF. Because of inflation, the fund is undercapitalized, and the Congressional Budget Office (CBO) estimates that “the current trajectory of the Highway Trust Fund is unsustainable. Starting in fiscal year 2015, the trust fund will have insufficient amounts to meet all of its obligations, resulting in steadily accumulating shortfalls.” [v]

CBO’s projections show a $15 billion shortfall in 2015, and that is just the tip of the iceberg. The cumulative shortfall in the highway and mass transit accounts will be more than $80 billion by 2020 if spending levels are not dropped significantly. To satisfy today’s infrastructure needs, the HTF requires increased revenues, either in the form of greater funding sources (e.g., excise taxes on gasoline and diesel fuel, sales and use of heavy trucks) or new revenue sources.

Our highways are not the only infrastructure facing a budget squeeze. The IWTF, which supports our nation’s inland waterways, is in decline. In FY 2002, the IWTF coffers held $413 million dollars. As a result of project cost overruns and increased expenditures that outpaced fuel tax collections from 2005 to 2010, by the end of FY 2011, the trust fund contained just $45.3 million, with only $31.9 million available for new appropriations.[vi] According to the Congressional Research Service, “Future financing for the inland waterway system is uncertain. The IWTF is supported by a $0.20 per gallon tax on commercial barge fuel, but…without changes to the current financing system, IWTF spending is likely to be limited.”[vii]

The nation’s Air Traffic Control (ATC) system also requires annual appropriations to keep operating and—most importantly—continue developing its NextGen Air Traffic Control System, which shifts ATC from radar to GPS-based systems. NextGen is the largest upgrade to aviation infrastructure since the 1940s, requiring about $1 billion a year. Yet, fiscal pressure is threatening even this technological evolution. A delay in NextGen implementation could mean tighter capacity in the aviation system, with more delays for travelers and more costs for passenger and cargo carriers and other aviation businesses.[viii]

All of these descriptions point to a fact the American Society of Civil Engineers (ASCE) has documented in its comprehensive report card on America’s infrastructure. Our cumulative grade across some of the most critical economic engines of our country is a D+. Without proper investment and attention to our infrastructure, the United States’ economic stability, potential for job growth, global competitiveness and quality of life are all at risk.

Delaying investment will not make the transportation problem go away. Instead, conditions and performance will worsen. Materials, labor, and land will become more expensive, and our businesses will be less competitive. Opportunities to save lives will be missed. Americans are already paying dearly for inferior transportation, through lost productivity, wasted fuel, and tragically, accidents.

As President Kennedy did some 50 years ago, today we must make infrastructure a national priority, developing top-notch, innovative infrastructure that enables the traffic of commerce to break out of the slow lane. To develop a transportation system that supports a 21st century economy, the United States needs a high level of investment targeted at improving performance across all modes and across the country.

To be sure, there is no such thing as a free lunch. We cannot avoid discussing how we pay for these advances. Fortunately, there is no shortage of research that looks at the questions of “who pays, for what, how much, and by what mechanism?” America has innovative solutions at hand.

In the face of uncertain and declining federal funds, many state and local governments have stepped up to the plate to move along major projects, but needs continue to outpace available resources.  Relying only on government (federal, state, or local) to design, build, finance, operate, and maintain infrastructure is economically untenable, and it misses opportunities for efficiently allocating risk, capitalizing on private sector innovation, and using contractual approaches to give the taxpayer more certainty, transparency, and accountability for how dollars are invested.

Public-Private Partnerships (PPPs) are but one of the tools at the government’s disposal to address America’s failing infrastructure; however, this tool has the greatest potential impact across all modes of infrastructure requirements. In recent congressional testimony, Morgan Stanley’s Managing Director in the Investment Banking Division J. Perry Buffett said that “over $250 billion of private capital has been raised globally to invest in infrastructure projects (of which over $75 billion has not been invested).”

The private sector, known for its innovative problem solving, can bring upfront capital to bear on the nation’s most complex infrastructure challenges. PPPs are particularly attractive because they can offer new financing sources (such as debt and equity paid back by user fees like tolls, or developer impact fees, special purpose taxes, or even general appropriations). PPPs can leverage public dollars by tapping the availability of private sector equity investment and borrowing capacity and combining that with the private sector’s innovative problem solving, technological innovation, and discipline. Indeed, PPPs can foster innovation and a long-term perspective that incorporates not just project construction costs but also ongoing operations and maintenance.

PPPs can also allow investment cost to be spread over the lifetime of an asset, as well as lower the cost of infrastructure by reducing construction costs and shortening the overall lifecycle. They transfer certain risks to the private sector and provide incentives for assets to be properly maintained in an outcome-based approach.[x] Moreover, PPPs have the potential to drive urgent and complex work forward and instill a long-term, accountable vision for infrastructure projects.

It is worth noting, however, that PPPs do not provide easy answers to tough questions. They are not substitutes for fixing the revenue problems facing the Highway Trust Fund and Inland Waterways Trust Fund. Rather, they are contractual agreements for financing project delivery, operations, and maintenance, and they require sources of revenue to repay lenders and investors. Nevertheless, tapping the growing interest in PPPs and other innovative financing arrangement of public dollars could be leveraged to support a broad range of projects.

Challenges and Opportunities Ahead

Our infrastructure is the foundation of our economy and our quality of life, and repairing and modernizing it has exponential benefits. A well-designed, modern infrastructure enables economic growth. The nation needs a new path forward, one that embraces the private sector and its bottom-line, creating a contemporary and innovative American infrastructure strategy.

America’s infrastructure investments, however, are vacillating, and our infrastructure systems are not keeping pace with our current and future capacity requirements. If we are to realize a 21st century infrastructure that keeps America competitive globally, we must immediately address our failing infrastructure. Akin to how President Eisenhower championed the Federal Interstate Highway system, America needs a strong national commitment to repairing the existing infrastructure.

Furthermore, we much continue to think strategically and be innovative in our ideas to modernize future infrastructure. This means leadership at the federal, state, and local levels of government, by businesses and individuals, to communicate the importance of our nation’s infrastructure, to craft innovative solutions that reflect the nation’s diverse needs, and to make the investments the system requires. By employing strategies to use every dollar more efficiently and by deploying creative solutions to infrastructure development (such as PPPs), we can implement the right projects on time at the right price.[xi] We must commit today to make our vision of the future a reality — an American infrastructure system that is the source of our prosperity.

If Disney’s Magic Highway were made today, we would see a range of cutting-edge technologies being developed that would strengthen America’s competitiveness for years to come. Most importantly, the movie would show more than just roads and cars but all forms of transportation, serving as a helpful reminder to look in an integrated way at America’s transportation needs. That would be more than just magic—it would be smart planning for the future.