When Disaster Hits Home: A Story of Resilience and Recovery 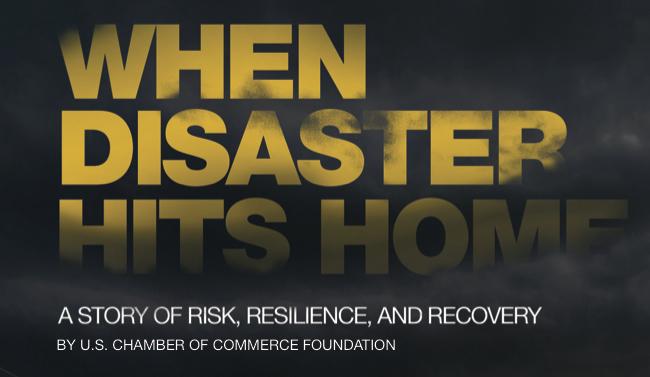 November 17 was an unseasonably warm and humid day in Washington, Illinois, a small city outside Peoria with a population of about 16,000. It was a Sunday, and that morning many of the city’s residents were attending church. The sun was shining, and Thanksgiving was around the corner. All was right in the world. In the skies above, however, a warm front swept up from the Gulf of Mexico and collided with a cold front descending from the Great Lakes. The conditions were perfect for disaster.

At 10:59 a.m., a half-mile wide EF4 tornado (the second- strongest possible) touched down in Washington. With winds peaking at 190 miles per hour, the tornado zig-zagged through the city at more than 60 miles per hour. Within a half hour, the storm had passed. Three people died, dozens were injured, nearly 600 homes were destroyed, and more than 1,100 other homes were badly damaged. The city sign reading “Washington” was found 90 miles away in Streator, Illinois, and residents’ personal possessions were found as far north as Chicago. With 564,000 cubic yards of storm debris, Washington residents faced an apocalyptic landscape.

While the devastation was severe, in some ways, Washington was lucky. Had the tornado struck at night, the number of people wounded and killed could have dramatically increased. There was also rapid response from public and nonprofit groups. One of city’s biggest advantages, however, came from the multinational corporation that calls the Washington area home.

A Culture of Support

Caterpillar Inc. is the world’s leading manufacturer of construction and mining equipment, diesel, and natural gas engines, industrial gas turbines, and diesel-electric locomotives. The company’s global dealer network makes them ideally suited to respond rapidly to large-scale destruction. Around the world, it is common to see Caterpillar’s yellow machines moving debris after a disaster. In Washington, the proximity to this equipment was a boon for the community.

After a devastating storm, there is a need for large machines that can clear roads blocked by trees, vehicles, parts of homes, and other large debris, allowing first responders into the affected area to search for victims trapped beneath rubble.

“We were blessed to be in Caterpillar’s backyard,” said Washington Mayor Gary Manier, who is also a Caterpillar employee. “The equipment was close by. Without it, I don’t think we could have gotten emergency vehicles in and out as quickly as we did.”

Debris-moving machines also helped residents search for salvageable keepsakes, which is a critical first step in the recovery process. In Washington, the availability of these machines expedited search and rescue and clean- up operations, but the greatest support came from the Caterpillar employees themselves.

Near Washington is Caterpillar’s Edwards Demonstration and Learning Center, where certified equipment operators demonstrate and teach proper use of Caterpillar products to dealers and customers. The home of an Edwards employee was destroyed in the tornado, and the morning after, Edwards Field Operations Supervisor Chad Cremeens and his team swung into action.

“We had the means, the equipment and the people,” he said. “Everyone at Edwards was begging to help. We grabbed enough diesel for our machines, a bunch of water, as much gas as we could get, and generators. We grabbed everything we could think of. When we arrived, we had brand new shiny machines without a scratch on them. When we left Washington, these machines were destroyed, and we didn’t care.”

Caterpillar employees were motivated to help their colleagues, but they offered that same assistance to any Washington resident who needed it. By the Wednesday after the tornado, the clean-up was in full swing. The Central Illinois Red Cross and Heartland Division of the Salvation Army provided essential support, and first responders and other organizations from around the country helped secure the area and haul truckloads of debris out of the city. A big part of the activity was tireless effort from Caterpillar’s machine operators.

“Once we had machines on the ground, we had at a minimum two guys there around the clock for the first week,” said Carter Gibbons, Section Manager 4 at Caterpillar’s Peoria Proving Grounds. “At first, we didn’t really know which direction to go, other than to go house-to-house to see how we could help. Without that support in those critical first few days, we would have added weeks to the [clean-up] timeline.”

This “community first, company second” attitude permeated all of Caterpillar’s work in Washington, with employees given equipment and funds donated to disaster recovery and ongoing support for Washington residents.

The readiness to help was not simply because a disaster struck so close to home and in proximity to Caterpillar’s resources. It owed more to a company-wide culture of camaraderie and support.

“Caterpillar is focused on making sustainable progress possible and that includes community response and recovery after a disaster,” said Ryan Beasley, a manager in Caterpillar’s Earthmoving Division. “The integrity, teamwork and commitment Caterpillar employees share visibly shined through during and after the tornado.”

Beasley’s family home was completely destroyed. As he and his neighbors sorted through the rubble, he said he saw a “flood” of Caterpillar employees who were “arm in arm,” not acting as agents of the company’s recovery efforts but instead as neighbors with Caterpillar equipment who came to help in a time of need.

Here then is a lesson for all businesses facing a disaster that affects the communities where they operate. It was advantageous for Washington that a large local company is in the business of producing large, powerful machines. Yet, it was the employees operating those machines, and offering help in other ways, who made the difference.

Hope for the Best, Plan for the Worst

“This was not a normal disaster,” said Michele Sullivan, U.S. Social Responsibility Manager of Caterpillar. Unlike disasters in other areas, the Caterpillar employees coordinating the response knew where they had assets, like light towers, generators, and other machines. This knowledge expedited how the company helped respond; however, the company’s role in the clean-up and recovery efforts ran deeper than the yellow machines crawling across debris-strewn lots.

and expertise. And none of this takes into account the thousands of dollars and hundreds of man hours our employees have personally donated to help their friends and neighbors.”

Beyond these robust efforts, the speed with which Washington responded to the disaster stemmed in part from what Caterpillar did years before the tornado touched down. In 2010, the Caterpillar Foundation, a 501(c)(3) not-for-profit that is supported through the company’s giving, approached the American Red Cross and offered grants so they could build better volunteer and resource capacity around Caterpillar facilities. Preparedness is a critical factor in successfully responding to a disaster. 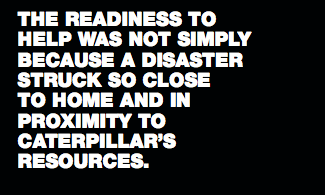 “When I first met with Tad Agoglia of the First Response Team of America, he was seeking Caterpillar support for his fledgling organization and we agreed to help him,” said Levenick. “Little did we know that when we decided to support the great work of Tad’s organization, they would be one of the first ones on site to help us through a disaster in our own backyard.”

Agoglia and his team were just returning to their home base in Lancaster, Pennsylvania after helping communities in flood-ravaged Colorado, which had been inundated by days of record rainfall. It was no longer tornado season, and Agoglia was not expecting the devastating storm that hit Washington. Within an hour of the tornado touching down, however, he was on the road to Illinois with $2 million-worth of recovery equipment in tow, much of it made by Caterpillar.

“For the last five years, so many people in that community who are part of the Caterpillar family had helped my charity be there for other communities,” said Agoglia. “It was a little surreal that the equipment that was donated to my charity was in a way returning home to help the people who built it.”

Caterpillar could not have anticipated that its support for First Response Team of America would someday play a critical role in helping its employees and community recover from disaster. Nor could Caterpillar have known which Red Cross chapter would come to help in a time of need. To different degrees and in different ways, all businesses have the capacity to contribute to disaster recovery.

When the worst happens, sometimes the way companies prepare for disaster can make the biggest difference, not just for their employees but for the community overall.

Now months after the devastating storms, Washington continues its recovery efforts. The brutal 2014 winter froze the ground solid and slowed construction. Yet more than 65% of the debris has been hauled away. Nearly 50 building permits are in place for total rebuilds, and there are 260 permits for repairs. Ryan Beasley and his family, who lost everything, have already begun rebuilding and expect to move back into their home by Labor Day. Caterpillar continues to take part in the recovery.

“The city of Washington has set up a foundation because of all the donations coming in, and I’m on the board of the foundation to help distribute that money,” said Sullivan. “Locally, we have a recovery committee working on how to help with the long-term recovery, which is the longest and most expensive phase of a disaster.”

As Caterpillar employees work on rebuilding their homes and helping the community, many have a new perspective on what it means to help communities facing disaster. Caterpillar’s global response “is always in company news and press releases, but it always seems so far from you,” said Beasley. “Never would one imagine that a routine Sunday morning that started with church would end a few hours later in total destruction. It brings home how fast things can happen. And whatever can happen out ‘there’ can just as easily happen ‘here.’”

That is a sentiment all businesses should take to heart. Risk and loss are inevitable. Many of the ways Caterpillar helped Washington and other communities around the world are specific to the company. All businesses, however, can take part in preparing for and recovering from disaster, each bringing to bear their unique assets and perspectives to persevere when disaster hits in their own backyard. 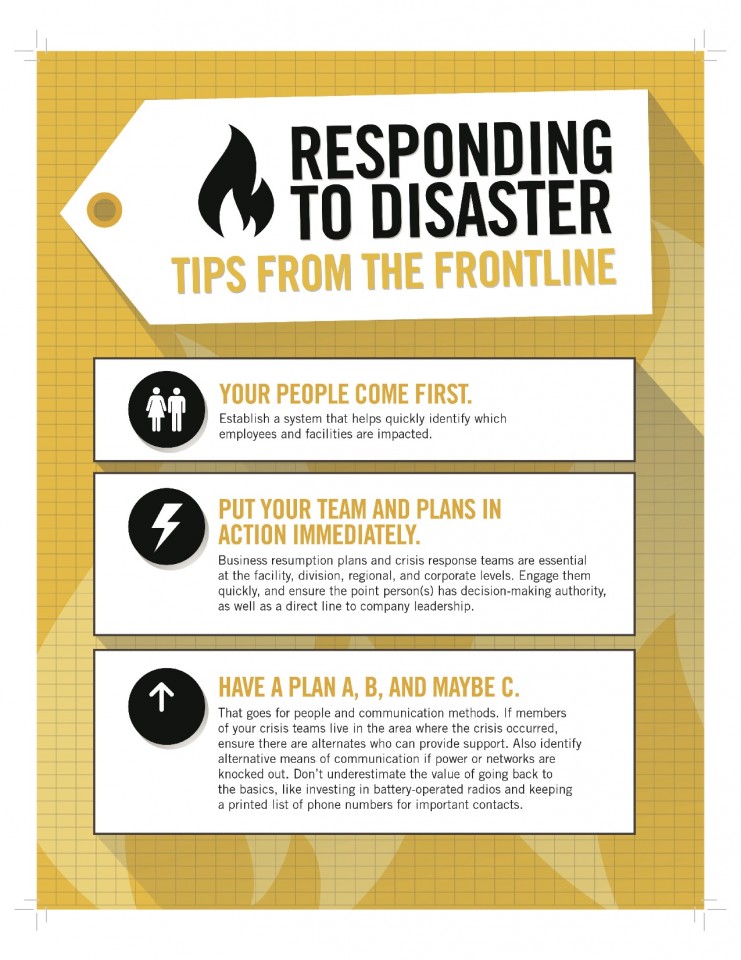 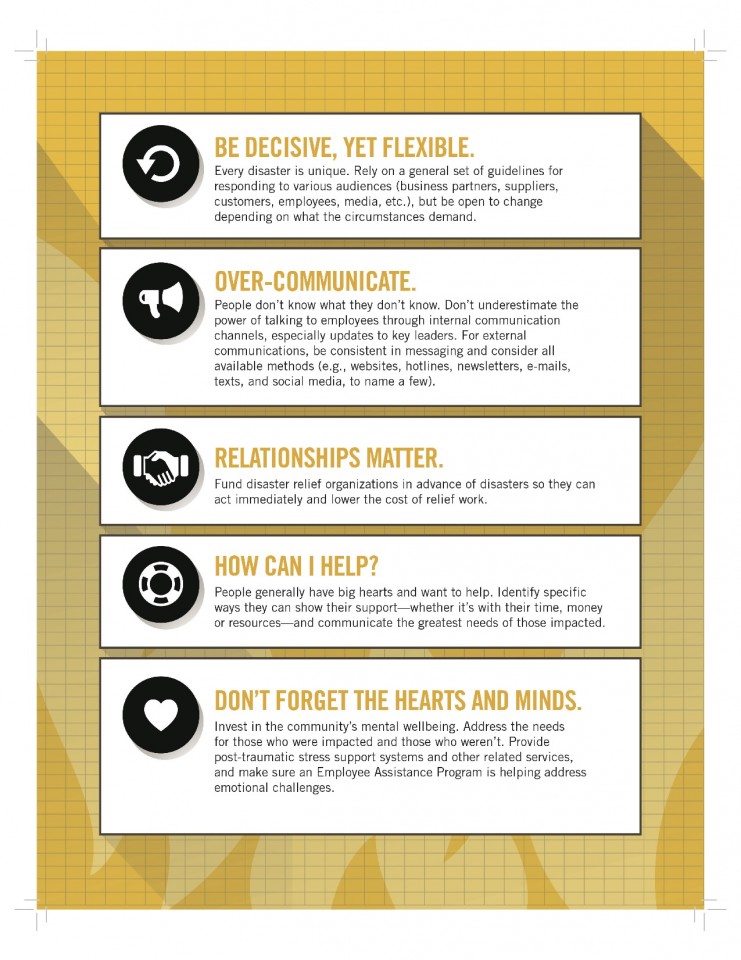 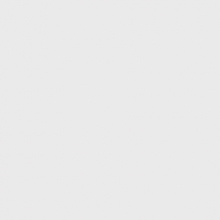