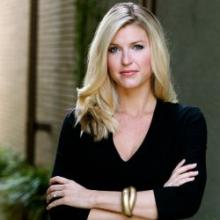 Center for Education and Workforce
Founder and Principal

Abby M. McCloskey is founder and principal of McCloskey Policy LLC, a research and consulting firm serving business and political leaders across the country, including presidential and Congressional candidates, Cabinet-level appointees, Fortune 500 CEOs, and foundations.

McCloskey is widely published, with her work featured in the Wall Street Journal, The Washington Post, National Affairs, The Dispatch, AEI, Forbes, National Review and others, as well as serving as a regular contributor to her hometown paper, the Dallas Morning News. McCloskey has testified about her research before the U.S. Congress, frequently appears on major media outlets and is often a featured guest speaker at conferences.

Her work largely centers around economic opportunity, including issues of work, education, taxation, family, and social capital. She is a member of the AEI-Brookings working group on paid leave.