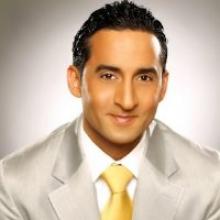 Amir Syed began his career in mortgage finance in 2003 and has quickly earned a reputation as an incredibly talented and driven leader.

After leaving DePaul University in Chicago, Amir entered the residential mortgage industry and catapulted to become the most recognized and youngest producer at his company of over 100 loan officers.

After spending three tremendous years with his first company, Amir decided to rejoin his father in the development and property management business. During this time, it allowed him to further spend priceless amount of time learning advanced business skills from his father.

"Everyone should have a mentor in life, fortunately my parents, especially my father, became my business mentor at a very young age. My father owned a small business that allowed me to work on Saturdays and during summer vacation. This opportunity allowed me to experience so many different business situations at a young age."

"I immediately connected to Baytree’s journey as a group of hungry and driven bankers building a strong financial institution to serve the North Shore community. In their story we saw a mirror image of our story. Baytree's proven expertise in banking, balanced with a commitment to create a long-term relationship with the American Street family, made it the right fit.”

Amir is on the Board of Directors for the Illinois Mortgage Bankers Association and the ACA Sports Club.