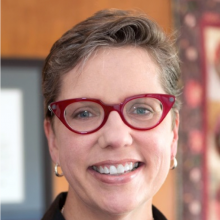 Kress currently serves as co-chair of New York Governor Andrew Cuomo’s Regional Economic Development Council, the Board of the New York Power Authority, and the Upstate NY Regional Advisory Board of the New York Federal Reserve Bank.  Locally, she serves on the boards of the Greater Rochester Chamber of Commerce, Greater Rochester Enterprise, United Way of Greater Rochester, and the Hillside Work-Scholarship Connection.  Nationally, Kress serves on boards, commissions, and councils for organizations including the League for Innovation in the Community College, AACC, Community College Humanities Association, Council on Resource Development, Opportunity Nation, and the Council on Foreign Relations.  She has been active in higher education policy in New York and Florida, and is a frequent presenter at national conferences and meetings.

Kress holds a doctorate in higher education administration, master’s and bachelor’s degrees in English, and a bachelor’s degree with honors in finance all from the University of Florida.  In 2011, she was named a Woman of Distinction by the New York State Senate, and in 2012, she was named an outstanding alumna by the University of Florida’s Institute of Higher Education.  Kress has also been honored by Rochester’s Women’s Council, AAUW, and YWCA.