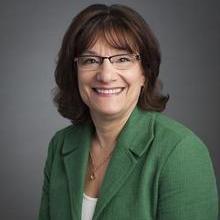 Carolyn is the co-founder and partner of Mission Partners, where she counsels clients on building effective CSR and community benefit strategies. Prior to Mission Partners, Carolyn served as Managing Vice President of Community Affairs and President of the Capital One Foundation, responsible for building and leading an award-winning community investment strategy focused on fostering economic opportunity in the U.S. Under Carolyn’s leadership, Capital One launched Future Edge, a $150 million initiative which was leveraged by the White House and the Governor of VA to advance economic policy, and continues to add substantive research and best practices to the fields of workforce development and education.

Carolyn was appointed to the Virginia Community College Board by Governor Terry McAuliffe in 2014, and reappointed for a 4-year term in 2015. She is a member of the advisory board of the U.S. Chamber of Commerce Foundation’s Corporate Citizenship Center and is the Immediate Past Chair of Washington Area Women’s Foundation. In 2015 Carolyn was recipient of the Washington Area’s Women’s Foundation’s “Visionary Award” and a “Women of Achievement” Honoree of YWCA of the National Capitol Area. The Washington Business Journal named Carolyn to its “Power 100” list in 2013 and 2014, and a “Woman Who Means Business” in 2009. In 2016 and 2017, Virginia Business Magazine named Carolyn a “Mover and Shaker Making a Difference in Virginia.”