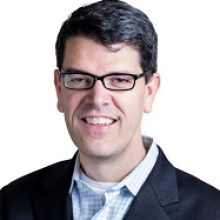 Chris leads PwC's State and Local Government Advisory Practice in the United States. He has more than 20 years of experience helping companies and governments develop innovative strategies to achieve improvements in performance. He has worked with health care, retail and energy companies, but his primary focus has been serving dozens of US State and Local government clients as they seek to enhance service to citizens, reduce costs, increase efficiency and implement process improvements and enabling technology. Prior to joining PwC, Chris served as

the Chief Information Officer at the City of Chicago, where he oversaw several large scale technology programs, such as the City's Enterprise Resource Planning (ERP) implementation, its 311 customer service center and its eCommerce platform.

For the City of Los Angeles, Chris led the PwC team charged with helping the City create its first ever City-wide Sustainability Plan. Chris worked with a large team of City leaders, stakeholders, community members and subject matter experts to forge a holistic plan to help the City address the impacts of climate change and the challenges of growth.

For the City of Grand Rapids, Chris led a team to assess and update the economic development strategy. The work included quantitative analysis and benchmarking of key industry clusters, talent, diversity, and infrastructure. The team developed a strategy and action plan, including buy in from key city business and political leaders

For the Detroit region, Chris led a team to improve regional economic development execution for the Detroit region.  The analysis included identifying the critical obstacles to economic development for the region, benchmarking leading regional models, designing future state organization and implementation plan and building buy in from regional business community including personal engagement with 5+ Fortune 500 CEOs.

In the aftermath of Hurricane Sandy, Chris supported Governor Cuomo and the State of New York in estimating the cost of the damage and the amount required for mitigation efforts to prevent future loss stemming from natural disasters related to climate change. Chris worked to vet the approach taken in tallying the figures, and supported the Governor in his meeting with the State's Congressional delegation to present the total request in funding: $32.8 billion in repair and restoration costs and $9.1 billion in mitigation and prevention costs.

For the State of New York, Chris led a team to analyze operations state-wide, assessing expenditures on back-office functions (finance, HR and procurement) and front-office functions (customer relationship management). The analysis underlies a new operational strategy for the state that includes developing a shared services organization for business and customer services.

For New York City's Metropolitan Transportation Authority, Chris led an IT assessment of the applications, infrastructure and service delivery for this $11B organization. The assessment led to an IT consolidation/application rationalization that will yield at least $20M in annual savings.

For the City of New York, led a team responsible for creating a long-term economic development vision and strategy for Staten Island. The work involved categorizing all of the assets of Staten Island, identifying high-growth sectors of the economy and creating a match between assets and sectors. The team interviewed dozens of City officials, academics and economic development thinkers to craft a plan that would yield "game changing" results for the City and Staten Island.

For the City of New York, led a project team to complete a Broadband Strategy to improve the digital infrastructure and capabilities of the City and its residents. The effort inventoried, at an address-by-address level, the broadband services available to determine whether market interventions were necessary to improve access. The study results indicated a significant digital literacy problem and recommended a program of investing in education and infrastructure for low-income New Yorkers. PwC helped the City obtain more than $50 million in federal funding to implement the program, now a national model for broadband adoption programs.