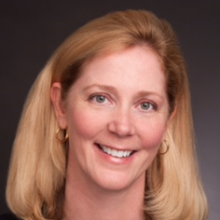 Vice President, Community Investment, CH2M; Executive Director, CH2M Foundation
Since 2013, Ellen Sandberg has served as executive director of the CH2M Foundation and vice president of community investment at CH2M, a global engineering and consulting firm based in Englewood, Colorado. Her role is to strengthen CH2M’s brand purpose, which is to lay the foundation for human progress, by investing charitably in non-profit organizations around the world that build sustainable, life-sustaining infrastructure and that promote science, technology, engineering and math (STEM) education, all enabled through the skilled volunteerism of CH2M’s 25,000 employees.
Prior to CH2M, Ellen played key roles in two corporate giving programs based in Denver, Colorado. As a founding staff member of the Western Union Foundation from 2001-2006, she directed international grant-making in Asia Pacific and Europe, Middle East and Africa, as well as fundraising in support of the Foundation’s mission. Later, as vice president of community relations at First Data and president of the First Data Foundation from 2006-2013, she promoted employee volunteerism, financial literacy and entrepreneurship around the world.
Currently, Ellen represents CH2M on the Board of Directors of the American Red Cross of Colorado and Wyoming and Colorado B:CIVIC (Businesses Committed to Investing and Volunteering in the Community). She also serves on the Corporate Leadership Council for Engineers Without Borders-USA and the Corporate Funders Committee of the Council on Foundations.
A native of Sacramento, California, Ellen graduated with a B.A. in Political Science from the University of California at San Diego. Fluent in Spanish, Ellen has lived and worked in Mexico and Chile. She is married to Scott Sandberg and together they enjoy fly fishing, cycling, skiing, and hiking.