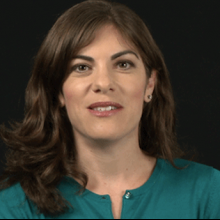 Heather Landy is the editor of Quartz at Work, Quartz's edition focused on leadership and the modern workplace. She previously served as Quartz's global news editor and managing editor, overseeing news staff around the world.

Heather joined Quartz in 2014 from American Banker Magazine, where she was editor in chief. As a business reporter, she covered a variety of sectors and markets for Bloomberg News, The Washington Post, and the Fort Worth Star-Telegram. Heather has a BSJ and MSJ from Northwestern University's Medill School of Journalism. Her reporting in Texas on the retail industry earned her a Gerald Loeb award (the highest honor in business journalism) and frequently livened up her lectures at TCU's Schieffer School of Journalism, where she was an adjunct instructor.

Her favorite obsessions at Quartz include the future of work, the lives of working parents, and the purpose of companies.