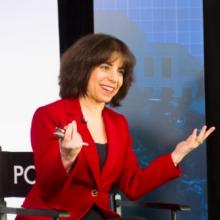 Joanne Kenen has covered health policy and politics in Washington for more than 20 years.

At POLITICO since 2011, she’s expanded the health policy reporting team, created an ehealth team, and helps run and moderate a wide-ranging series of public policy forums. Earlier, she spent more than a decade on Capitol Hill as a Reuters correspondent, and wrote extensively about end of life, hospice and palliative care during a Kaiser Family Foundation media fellowship in 2007.

A graduate of Harvard, her work has appeared in many magazines and newspapers, among them the Atlantic, the Washington Post, Slate, the Washingtonian, the Center for Public Integrity, Kaiser Health News, the Poynter Institute, and Health Affairs. She has been a commentator on radio and television programs including NPR, the BBC,  MSNBC and the PBS NewsHour, and speaks widely at venues such as the Harvard School of Public Health and the Aspen Ideas Festival: Spotlight Health.

Joanne will serve as a moderator during the U.S. Chamber and U.S. Chamber Foundation's HEALTH FORWARD event on October 18, 2016.

Washington, DC
October 18 - 8:30 am to 11:30 am
This form needs Javascript to display, which your browser doesn't support. Sign up here instead