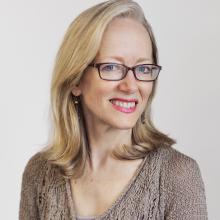 Kathleen deLaski is a social entrepreneur, having launched or co-launched three education organizations, most recently the Education Design Lab, which helps colleges, high schools, and employers design education toward the future of work.

As the Lab has worked with 100 institutions in their innovation design work, Kathleen has been invited to share her expertise with leaders and practitioners around the world. Kathleen also serves as the president of the deLaski Family Foundation, a grant maker in education reform and wellbeing. She founded and served as board chair for EdFuel, a national non-profit working to build a diverse talent leadership pipeline for K-12 education. Her higher education interest grew out of her eight years on the board of George Mason University, and eight years as an executive with Sallie Mae, and her founding of Sallie Mae’s foundation, which focused on college access for minority students.

Initially, Kathleen spent two decades in journalism and related roles. At America Online, she pioneered the first interactive tools to engage the public online in elections and helped the biggest news organizations create digital brands. Kathleen was named by President Clinton as Chief Spokesman for the Pentagon, where she oversaw the military’s worldwide public information team. She spent 13 years as a TV journalist, including 5 years as an ABC News Washington correspondent.