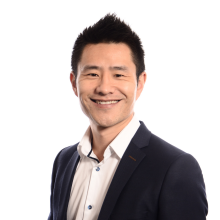 Kieran joined GA from The Boston Consulting Group, where he served as a Principal across the consumer, financial and public sectors. He earned his MBA with distinction from the Kellogg School of Management, and Bachelors of Actuarial Studies and Commerce from The Australian National University.

Originally from Australia, Kieran has called New York home since 2010.