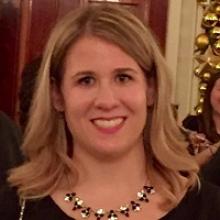 Meredith Aronson started at the National Foundation on Fitness, Sports & Nutrition in August 2016 as the Director of Partnerships and Marketing. In this capacity, Meredith leads the development and execution of strategic relationships in support of the Foundation’s mission to be active, play sports, and eat healthy.

Prior to her role at the Foundation, Meredith served for five years as the Senior Fellow for Strategic Partnerships and Communications at the President's Council on Fitness, Sports & Nutrition. In her role, Meredith led partnership development in service to the Council’s mission to encourage healthy, active lifestyles. Meredith worked closely with the Office of the First Lady in support of her Let's Move! initiative to end childhood obesity within a generation. Additionally, Meredith contributed to the development, launch and implementation of two leading national programs, including the Presidential Youth Fitness Program and Let's Move! Active Schools.

In 2015, Meredith was selected as an Aspen Institute: Spotlight Health Scholar and recognized as an Outstanding Alumni for Georgetown University. Meredith earned a Master's degree in sports industry management from Georgetown University and an undergraduate degree in economics from the University of Virginia. Currently, in addition to her Foundation role, Meredith is pursuing an Executive MBA at the University of Virginia’s Darden School of Business based in Washington, DC.