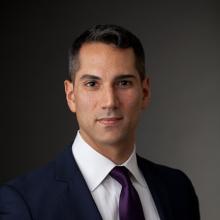 Michael Lopez is Director, Global Inclusion and Diversity, at Alcoa.  In this role, he is creating and executing the company’s global inclusion and diversity strategy and programs to support the needs of our businesses and attract and engage employees worldwide.

Mr. Lopez also oversees a core component of the company’s Thought Leadership platform on behalf of the Chairman and Chief Executive Officer.  In this role, he shapes Alcoa’s involvement in strategic global initiatives such as the World Economic Forum, where Alcoa is a Strategic Partner.  He is also responsible for positioning the organization and its management as experts on important social issues that are critical to the business.

Prior to his current position, Mr. Lopez served as Alcoa's Director of International Relations, led the firm's Political Action Committee, and managed State and Local Government Relations.  Previously, he was Manager of Public Strategy Projects and Partnerships at Alcoa, serving as the chief liaison and manager of several strategic projects and partnerships.  Mr. Lopez has been responsible for relationship administration with Alcoa Foundation grantees and partners and worked in Communications.  Since joining the company in 2004, Mr. Lopez has held a variety of project management roles across the organization.

Mr. Lopez is a recognized diversity champion and among Upstanding’s top 100 Leading Ethnic Minority Executives in the United States and United Kingdom.  He is also an active member of the Human Rights Campaign (HRC), and serves on that organization's Business Advisory Council.  In that capacity, he provides advice to support the HRC's engagement with the corporate sector to advance LGBT inclusion.  He previously served on the board of the Hetrick-Martin Institute, which provides critical services to at-risk youth in New York City.  He was a founding member of the company’s LGBT employee resource group and previously the chair of the group.