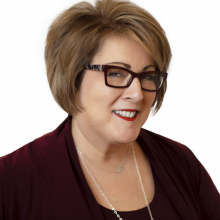 Nadine was appointed to the position of President of SeeHer in early 2020. The leading movement for the advancement of gender equality in media and a division of the ANA (Association of National Advertisers), SeeHer is comprised of more than 1,000 passionate brands and represents over $60 billion in aggregate U.S. ad spend. SeeHer’s mission is to increase accurate portrayals of women and girls in marketing, media, and entertainment. The goal is to increase this number to 80% of all measured media by 2030.

Before joining L’Oréal in 2014, Nadine served as Vice President of Global Integrated Media Communications at Colgate-Palmolive, where she was responsible for driving best-in-class digitized media, integrated marketing ideas, and best practices.

Nadine has vast experience in executive agency roles at WPP, specifically Ogilvy and Mindshare. She built successful consumer-based integrated marketing and media programs and communications planning frameworks for clients locally and globally. She sat on the global Dove Masterbrand team which activated the acclaimed “Campaign for Real Beauty” and co-created “In the Motherhood” a first-of-its-kind webisode series by moms, for moms, and about moms.

A champion of gender equality, Nadine has received numerous awards for her mentoring efforts. She was named a Media Maven and one of Advertising Age’s “Women to Watch,” a distinction that illustrated her growing reputation and stature in national marketing and media.

As Vice President of the board, Nadine was actively involved with She Runs It (formerly AWNY, Advertising Women of New York). She served on the ANA Board since 2015. Nadine made great strides in implementing SeeHer’s proprietary Gender Equality Measurement (GEM) in L’Oréal’s go-to-market strategies. Her work with SeeHer resulted in a co-created multiplatform program with IHeart Media called #FanGirls, which celebrates women in the music industry who are traditionally under-represented in the charts. The program was co-created with L’Oréal Paris and is in its third year, a testament to its influence and impact in the marketplace.

Nadine holds a Master of Science in creativity and change leadership and is an advocate for co-creation and its ability to increase marketplace impact and business results.