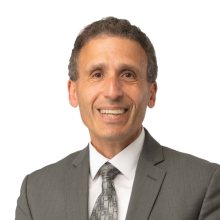 Plinio Ayala has more than 20 years of nonprofit management experience and is deeply committed to the fight against poverty. He became President and CEO of Per Scholas in November 2003 after serving as Vice President of Operations for five years. Today, he leads the organization in its national expansion, with oversight of the bulk of its programs.

Plinio previously served as Director of Program Operations at SOBRO and Chief Program Officer at Jobs for Youth. In 2012, he joined a diverse group of stakeholders with decades of experience in New York City’s workforce system to develop a blueprint for Re-Envisioning the New York City Workforce System. In 2006, he received the Liberty Award from the New York Post for his work, and in 2005 was issued a Citation of Merit by the Bronx Borough President for his leadership in Bronx County. When not at Per Scholas, Plinio spends time with his three children and wife – and the New York Mets.