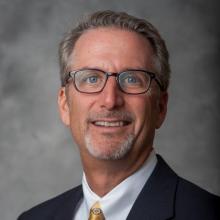 Raymond P. Towle, IOM, CAE is vice president of Institute for Organization Management, a four-year educational program on nonprofit management of the U.S. Chamber of Commerce Foundation. In this role, he oversees all aspects of the Institute program in addition to his responsibilities as executive director of the Political Affairs & Federation Relations Department.

The Institute, the industry leader in nonprofit education, is an inspiring and thought-provoking program for chamber and association executives seeking to expand their peer groups, learn about industry trends, and meet some of the country’s most innovative business thinkers. The program, which meets one week per year over a four-year period, is held at five different university locations across the country.

As executive director of Federation Relations, Towle is responsible for managing the daily operations of the chamber and association programs marketplace, including a membership budget of $4 million, the Association Committee of 100 and the Chamber of Commerce Committee of 100 programs, and Accreditation. He also ensures that the goals of the department are achieved and aligned with the overall strategic goals of the U.S. Chamber.

Towle supports the department’s efforts by working cross divisionally to identify strategic partnerships at the state level and to coordinate the Chamber’s involvement through the FreeEnterpriseNetwork. As part of these initiatives, Towle promotes Friends of the U.S. Chamber, a nationwide grassroots network dedicated to supporting pro-growth policies that strengthen the economy.

Before becoming executive director of Federation Relations, Towle was vice president of Member Resources at the American Society of Association Executives (ASAE), where he led a team responsible for dues revenue of more than $5 million annually.

Earlier, Towle was director of ASAE’s Public Policy Division. He was staff liaison to the Government Relations Section and its governing council.

Prior to joining ASAE, Towle was with the grassroots lobbying firm of Bonner & Associates for six years. Previously, he spent four years on the personal staff of Congressman John D. Dingell (D-MI) as a legislative aide.

Towle is a 1983 graduate of the University of Maryland and a graduate of Institute for Organization Management. He received his CAE certification in June 2000, the highest honor of professional achievement available from ASAE.