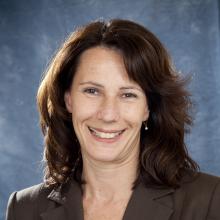 Former Executive Director, Center for Women in Business
Roberta Zenn Phillips is the former executive director of the Center for Women in Business (CWB) at the U.S. Chamber of Commerce Foundation.
Previously, Phillips was director of the Chamber’s Campaign for Free Enterprise (CFE), an initiative designed to educate the public about the values and virtues of free enterprise. Phillips managed a $10 million budget, conducted outreach, and organized events for the national campaign.
Phillips was managing director at the Chamber for small and midsize membership before leading CFE. She was responsible for reaching out to small businesses, acquiring new members, renewing membership, and managing Chamber field staff across the country.
Earlier, Phillips worked for more than 10 years at the Export-Import Bank, the official export credit agency of the United States. She joined the agency in 1996 as a political appointee and held a progression of increasingly responsible positions. She was responsible for centralizing all information and led an initiative to automate the insurance and loan guarantee processing system.
Phillips is a graduate of Northeastern University in Boston. She resides in Alexandria, Virginia.