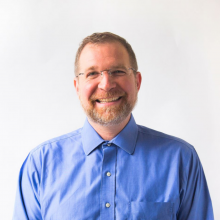 AeroFarms has been recognized as a Circular Economy 100 company, was listed on Fast Company’s 2018 global list of Most Innovative Companies and Inc. Magazine’s list of the 25 Most Disruptive Companies. AeroFarms also received the New Jersey Governor’s Award for Environmental Excellence and was voted as the Best Growth Company to invest in at the Wall Street Journal’s ECO:nomics conference in addition to being a finalist for The Circular Awards at The World Economic Forum.

As an industry leading LED innovator and Engineering Technologist, Roger brings over 20 years of experience in both government and the private sector. Roger previously served as CTO of Energy Focus (a publicly traded company) for ten years leading their R&D, Engineering, and Operations to refit the U.S. Navy with LEDs, develop lights that help regulate sleep cycles, and to set the world’s record for the most efficient solar cell.  In addition, Roger has been the principal investigator on over a dozen federally funded research contracts spanning military and civilian technologies and holds over 20 patents covering a wide array of technologies. Roger has brought over 50 products from concept, through R&D, into engineering and then onto the open market.

Roger has a B.S. in Mathematics and an M.S. in Systems and Control Engineering from Case Western Reserve University, Cleveland, Ohio.