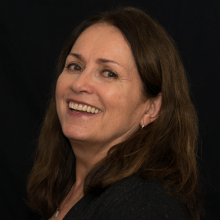 Sarah Costa is Executive Director of the Women's Refugee Commission (WRC), where she oversees the organization’s research and advocacy work to protect and empower women, children, and youth displaced by conflict and crisis. Under Sarah’s leadership, the WRC has expanded its ability to ensure refugees’ right to sexual and reproductive health care, to safety from gender-based violence, and to economic and social empowerment.

Sarah has more than 25 years of experience in the fields of women's rights, reproductive health, gender and youth development, as well as global philanthropy. Throughout her career, she has worked in partnership with those closest to the issues, from government officials to local women's organizations.

Before joining the Women's Refugee Commission in 2010, Sarah was regional director of the Global Fund for Women, a grant-making organization that supports women's rights organizations working on economic security, health, education, and leadership.

From 1994 to 2006, she worked as a program officer for the Ford Foundation in Brazil and New York, developing and managing international and national programs on gender, sexuality, and reproductive health, women's rights, HIV/AIDS, and health policy.

She was Professor of Women's Health at the National School of Public Health, Brazil from 1980 to 1994. Sarah was active in the women's movement in Brazil, where she was a member of the Advisory Committee to the National Council on Women's Rights, and served on the boards of several women's organizations. She is currently a member of World Learning's Global Advisory Council.

Sarah earned a Master's degree in medical demography from London University and a Ph.D. in social medicine from Oxford University.