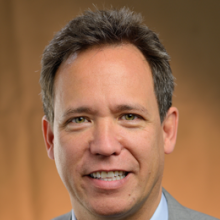 Former CEO and President, Veolia North America
As CEO and President of Veolia North America, Terry led the water, energy and waste management activities of Veolia’s North American zone, which has approximately 8,000 employees and more than $2 billion in revenues.
Terry has a unique global perspective on water and environmental issues. He has served as Chief Operating Officer, Veolia Water Solutions and Technologies, International Municipal (which includes the Nordic countries, Baltic countries, Poland, Spain, Portugal, Middle East, China and Southeast Asia) and, from 2007 to 2012, he served as Executive Vice President of one of Veolia Water Solutions and Technologies' global regions. In both roles, Terry was responsible for the management of the Veolia Water businesses in those countries, as well as for special corporate global assignments.  From 1997 to 2007, Terry was managing Veolia businesses in the U.S. and Scandinavia.
Before joining Veolia, Terry worked in the areas of strategic planning, business development, research and development, engineering, consulting and finance for U.S. and Canadian technology companies.  He holds Bachelor and Master of Science degrees in microbiology and a Doctor of Philosophy degree in applied science from the University of British Columbia in Vancouver, Canada.