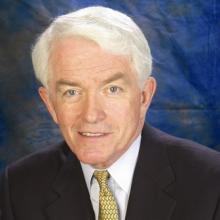 Thomas J. Donohue is chief executive officer of the U.S. Chamber of Commerce. From 1997 to 2019, he served as Chamber president and CEO, the first person to hold both titles concurrently in the organization’s history. During his tenure, Donohue has built the Chamber into a lobbying and political powerhouse with expanded influence across the globe and has helped secure business victories on Capitol Hill, in the regulatory agencies, in politics, in courts of law and in the court of public opinion, and before governments around the world.