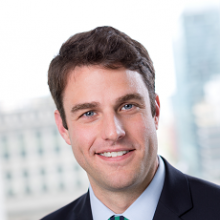 Will Snyder is the System Vice President of External Affairs for Presence Health where he leads the advocacy, community benefit and community health work for Illinois’s largest Catholic healthcare system. He has worked to reposition community benefit as more proactive, enhanced understanding of our neighborhoods through social determinant data projects and developed coalitions to advocate for the social safety net.

Will began his career in journalism first working in the Time Inc. family of magazines as an editor at Outdoor Life. He then moved overseas and served as a contract writer with the Wall Street Journal before helping launch its weekend magazine WSJ. as the food columnist. He also spent two years at NPR helping develop digital strategy and capacity for member stations.

While his wife was earning her doctorate in Richmond, Va., he realized his interest and energy were better focused in helping strengthen underserved communities. He built partnerships and capacity with numerous non-profits. He served as an advisor to Bon Secours Health System for its East End Transformation efforts. In this role he helped redirect capital funds to revitalize a neglected commercial corridor around a community hospital. That work, in part, led USA Today to name the East End of Richmond one of the 10 most vibrant neighborhoods in the country.

In his healthcare work he has brought both a collaborative and entrepreneurial approach to improving population health in Chicago and throughout Illinois. Previously as the system director of community transformation at Presence Health he built several healthcare collaboratives--including the largest collaborative Community Health Needs Assessment in the country--bringing together otherwise competing entities to better understand community need, advocate for policy change and to support the social safety net. He has led master planning efforts to get both health systems and community members thinking differently about the anchor institution role hospitals can play for their neighborhoods. These shared community visions are blueprints for how the hospitals can utilized their built environment and real estate assets to improve housing, social cohesion, economic opportunity and total health.