Humanitarian organizations call it a crisis unlike any other. The worst drought in 60 years in Sub-Saharan Africa, coupled with conflict in Somali last year, left 13 million people at risk for starvation and malnutrition—a number greater than all the inhabitants of New York City and Los Angeles. In the face of this unprecedented disaster, Cargill donated 10,000 metric tons (more than 22 million pounds) of rice to support the World Food Program (WFP) USA’s efforts to fight starvation in the Horn of Africa. It is the largest ever food contribution from a company to WFP USA, as well as our largest ever food donation. The rice, enough to feed nearly 1 million people for one month according to WFP, arrived from India at the port of Mombasa in Kenya in late November 2011. 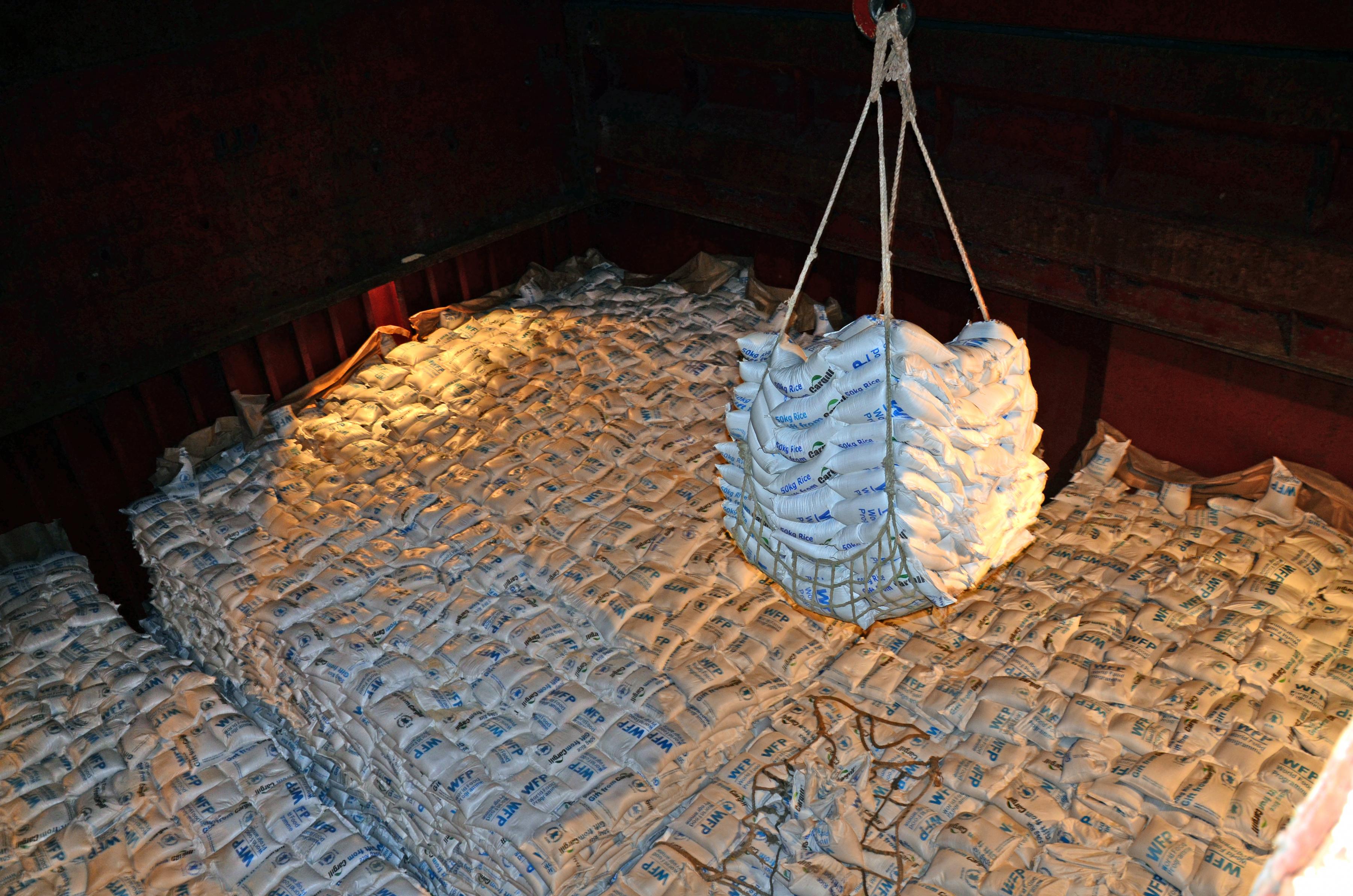 The donation grew out of a conversation between Dr. Rajiv Shah, administrator of the United States Agency for International Development (USAID), and Greg Page, Cargill chairman and chief executive officer. Shah described how thousands more children in the Horn might die without specific action to save their lives. Page decided that Cargill needed to respond in an unprecedented way “given Cargill’s vision to nourish people, the desperate need and our unique ability to source and move food to where it is needed.”

With financial support from its family shareholders, Cargill committed to a $5 million shipment of rice. Deploying Cargill people in business units with the experience and knowledge to meet such a challenge, a Cargill team was put together to originate and source the rice and manage the ocean transportation and logistics to deliver and donate the grain. The work, uniquely suited to Cargill’s strengths and capabilities of moving food from areas of surplus to areas of need, required exceptional coordination both within the company and with WFP. “This donation really shows our ability to use our capabilities to help others,” said Michel Meyer, Cargill team leader, who helped coordinate the efforts. Cargill people across the organization pitched in, working at times around the clock, to ensure that all the key parts of the mission came together to move such a big shipment of grain as expeditiously as possible.

The first task was determining the best grain to donate. After assessing several options, WFP and Cargill settled on rice, since it both met local diet preferences and addressed current food shortfalls. Finding a vessel proved difficult. Cargill’s Ocean Transportation business unit had to knock on every door, since many ship owners refuse to send vessels to Mombasa because it’s so close to Somalia where piracy is a major issue. Quality control was a key issue for the Cargill team handling the rice purchase in India. The rice was purchased exclusively from the Indian state where the highest quality grain is grown. Team members were on-site as it was milled and bagged.

Following a 23-day voyage across the Indian Ocean, the more than 200,000 bags of rice arrived in Mombasa. The food was turned over to WFP for unloading and distribution in Kenya, the country where WFP saw the largest food shortfalls.

“Providing emergency assistance was the right thing to do,” said Page. “But the public and private sectors also need to focus on long-term solutions to hunger and work together to ensure that all 7 billion people on this planet have access to safe, nutritious, and affordable food.” Steps to help improve food security include the following:

Finding ways to alleviate hunger, whether the result of a growing world population, a natural disaster, or a man-made conflict, isn’t easy. But as we learned in this situation, when businesses tap into their core competencies, they can help others by capitalizing on what they do best.

[Editor's note: This article is part of The Role of Business in Disaster Response report.]