Industries That Will Define the 21st Century: Human Life 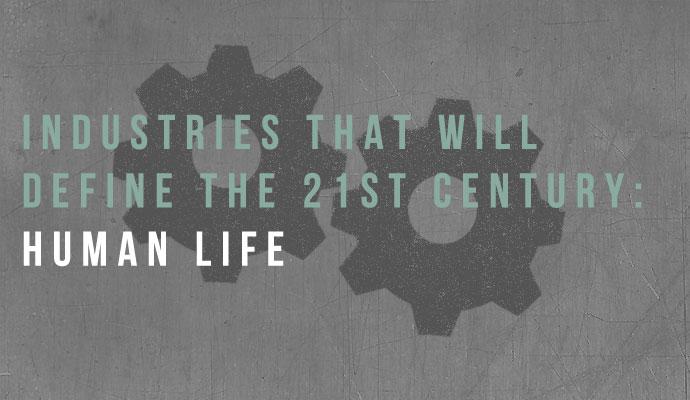 This is part 1 of a series looking at emerging industries.

The industrial development and impact that occurs within one century rests on the inventions of the prior century. The internal combustion engine, which was developed in the 19th century, gave rise to the automobile industry that dominated in the 20th century. Cars, in turn, gave rise to suburbs, highways, fast food, shopping malls, and the strategic importance of global energy stores.

The human brain remains one of the greatest scientific mysteries. As the most complex organ in the human body, the brain has between 85 and 100 billion neurons. In contrast, today’s state of the art animal research samples from roughly a 1000 neurons simultaneously.

Governments have put the human brain on their agenda. The Obama Administration plans to launch a major inter-agency initiative to study the complexities of the human brain. The European Commission recently awarded one billion euros to the Human Brain Project.

Companies are studying which drugs, foods, and memory training help boost brain function. Demand for such study will only increase in the coming century. Healthcare already totals nearly 18% of our country’s GDP, and more support is expected for the population of aging Baby Boomers, who will want to stay mentally sharp.

If scientists can understand the brain, they will gain more keys to understanding the limits of human life. Diseases related to aging, like dementia and heart disease, currently block humans from reaching long life. With better diets and medical care, human longevity has improved so rapidly over the past century that scientists claim 72 is the new 30.

Scientists are focused on unlocking the molecular mechanisms of aging, such as British researcher Aubrey de Grey who wants to help humans live as youthfully as possible for as long as they may live, possibly up to 1,000 years.

Businesses are also exploring new possibilities. For instance, software company Autodesk has started applying its computer design approach to synthetic biology and materials at the nanoscale. The company hopes nanorobots will attack cancers and other diseases one day, laying the foundation for an entirely new industry built around augmenting human life.

Recovery During COVID-19: Tips for Women Returning to Work
2020 Census: A Call to Count
A Night at the Movies: What to Expect Next Time You Go to the Theater