Hyperloop: The Solution to the Future of Public Transit? 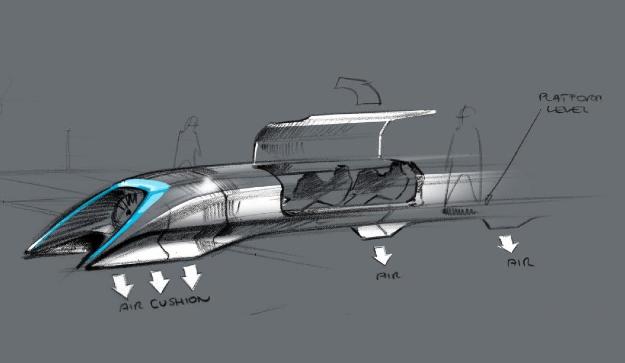 Hyperloop mania may be waning, but Elon Musk's proposed high speed transit is worth re-examining. The only good argument I’ve seen against Hyperloop has everything to do with government—and not whether Musk’s idea works. To me, that points to a problem at the core of the American experience today. We are not judging innovation on its merits, but rather by its risks. Have we lost our willingness to do big things in America?

Let's first set the scene. California is proposing a massive $68 billion high speed rail project from Los Angeles to San Francisco. That’s billion, with a “b.” It’s an expensive and contentious plan to connect a dense metropolitan corridor suffering from an insufficient transportation infrastructure. In comes Mr. Musk, the well-known co-founder of PayPal and inspiration for film’s Tony Stark character. He has already waded into three industries prone to bloat and inefficiency and infused them with cost-saving genius and ample character, creating SpaceX, Tesla, and SolarCity. After seeing California's rail plan, Musk was inspired to create an innovative, cheaper, and more efficient solution to the state’s transportation woes. He asked, “How could it be that the home of Silicon Valley and JPL—doing incredible things like indexing all the world’s knowledge and putting rovers on Mars—would build a bullet train that is both one of the most expensive per mile and one of the slowest in the world?”

What Musk has proposed with Hyperloop is a super-fast pneumatic capsule transit system costing roughly a tenth of California’s current high speed rail plan. Hyperloop would send riders in capsules along an elevated tube at speeds of upwards of 760 mph. It avoids the usual earthly problems of friction and air resistance by magnetically elevating the capsules within a partial vacuum; think of Hyperloop as somewhat akin to old bank teller tubes. Indeed, the idea for a similar “vactrain” first originated in the 1910s with rocket pioneer Robert Goddard. All of which to say that it’s based on fairly well-established notions. Moreover, the system would follow the state’s I-5 corridor along a series of raised pylons, thus avoiding messy land acquisitions and intrusive construction.

Worries over safety and comfort abound—something about hurdling through dark sealed tubes at nearly the speed of sound will do that—but they are hardly insurmountable barriers to Musk’s team of engineers. In fact, a good portion of the Hyperloop proposal labors to address these concerns. Early reviews peg the Hyperloop plan as audacious, yet feasible.

All of this sounds interesting enough, but transportation experts have argued that Hyperloop is unlikely to be as cheap or easy to build as Elon Musk believes. On the local level, the experience that California’s high speed rail project has endured is telling. Municipalities demanded extra viaducts and tunnels to accommodate local whims. Towns bypassed in the rail plan often pleaded for access. Then there’s the maze of noise, light, and vibration permits. And in Hyperloop’s case, obtaining land permits and right-of-way for a private company on public space along the I-5 corridor would come at a dear cost.

The state level is even messier. As The Economist has noted, “Much political and reputational capital is invested in [high speed rail].” Replacing it now, especially with something so new, would require a political dexterity that California is hardly known for.

It would also be difficult for Hyperloop to avoid the heavy hand of the security state. Imagine facing the same long lines you find at airports across America, and you have an idea as to why Musk may find it hard to meet the ridership levels he needs for his low-price tickets ($20 one-way, plus operating expenses) to turn a profit. Combine that with cost concerns and delays, not to mention market trends toward telecommuting and cheap air travel, Hyperloop would become nothing more than a tubular Concorde.

In this telling, for bureaucrats and politicians to finish off Hyperloop would be nothing more than a mercy kill for a program that dared to take risks.

What’s really at stake with Hyperloop is the sort of America we want to live in. Are we to have an America held captive to risk-averse bureaucrats or one driven to new heights by risk-taking innovators? It almost doesn’t matter whether Hyperloop succeeds on its own merits; it's whether it ever has the chance to do so.

You can dismiss Hyperloop as the fevered dreams of a Popular Science subscriber turned billionaire, but you can’t ignore the genius and verve behind Elon Musk's proposal. We need more ideas like this and the willingness to make them a reality.