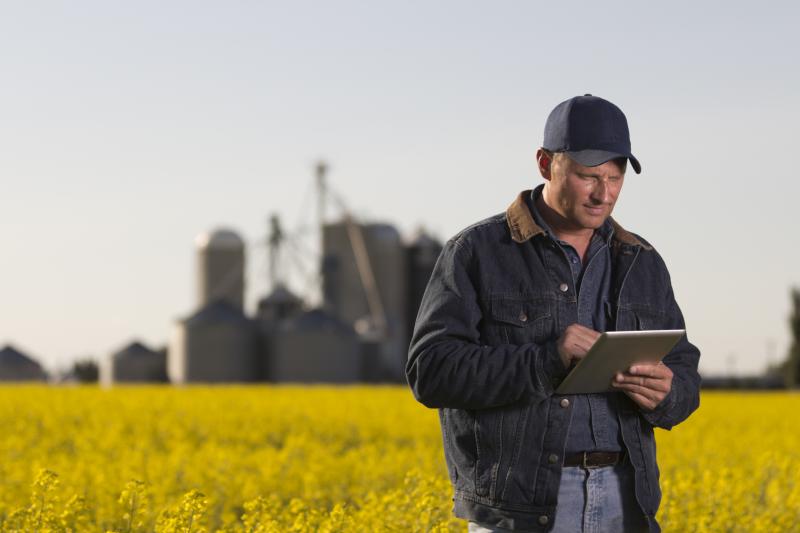 Farming is hard work – really hard. It’s not just the backbreaking labor and long hours. Farmers are some of the private sector’s biggest risk takers. Each season, they invest hundreds of thousands of dollars before a seed ever touches the soil, and come harvest time, there is no guarantee they will be in the black. There are so many variables involved – from weather patterns to soil composition to consumer demands – that you might call successful farming as much an art as a science. It can also be a gamble. Today, however, there are new innovations in U.S. agriculture that take some of the guesswork out of farming.

Where farmers of previous generations may have relied on old almanacs and passed on family notes to record the happenings of the land they worked, many farm machines in use today collect troves of crop and soil data in new and mind-blowing ways.  Sensors, imagery and other technologies are all working together to give  farmers details about soil content, weeds and pests, sunlight and shade, and other factors. When analyzed, it can help them adjust their activities during planting season so they can reap bigger rewards during the harvest. The challenge, however, is that not only does putting this data to use require a fair about of synthesis, it is also only applicable to the farm on which the data was collected. As we know from Big Data’s application in other industries, aggregating information on a large scale can reveal trends and revelations we may not have even known were there before.

A few large seed and agriculture companies (such as Monsanto and John Deere & Co.) have thrown their weight behind services that collect data from farm machines and pair it with other data sets, such as weather trends, the surface and shape of the land, and past harvest yields. While individual farmers can review their own data, these large companies have access to satellite information, historical patterns and statistical experts who can put sophisticated algorithms to multi-farm data sets. This allows these companies to tell farmers exactly how to improve planting – even in real time – so as to maximize their harvest, giving detailed analysis down to 10 square meters of land. It is called “prescriptive planting,” and it could be one of the biggest agricultural breakthroughs in decades.

As an example, suppose the data reveals that one patch of land needs more fertilizer, while another does not. That not only gives a farmer insight on where to focus their fertilizing (so as to increase crop yield), it also saves money and time because farmers know where they do not need to fertilize. Or perhaps there is a section of land that, for one reason or another, will simply produce a lower yield. Knowing this, farmers can select particular kinds of treated or modified seeds and adjust the spacing and number of seeds planted so as to garner the greatest yield possible.

These minute adjustments can bring major benefits. Prescriptive planting could increase an average corn harvest, for, example, by an extra 40 bushels per acre (with a corresponding $182 increase in revenue per acre), according to a Wall Street Journal article. For large farms working thousands of acres, those extra earnings add up fast. These prescriptive planting services are in their formative stages, but as the benefits are more widely shown and more farmers jump on the Big Data bandwagon (or tractor, as it were), the insights and benefits will only become more substantial.

In some ways, prescriptive planting and other uses for data are ideally suited to U.S. agriculture. Big Data works best on a big scale, and we live in an era of large farms, former U.S. Chamber of Commerce Foundation Scholar Nick Schulz wrote. In 1900, about 1 million U.S. farms were needed to produce half of the agriculture market value; by 2007, it took just 33,000 farms. It was technology that allowed farmers to scale tilling, planting and harvesting, covering more ground in less time, and often, doing a better job of it too. More recently, technology has given farmers access to GPS-guided machines, which make planting and harvesting even more precise. All this has served to increase production while also feeding the world’s needs.

Farmers are always looking for ways to increase not just their revenue, but their ability to out-think Mother Nature and better understand their land, all in an effort to reduce the inherent risk in farming. Prescriptive planting services come at a cost, but on a large scale, those costs are less than the increased revenue. Unfortunately, the same may not be true for smaller farms.

Analysis from Lux Research, Inc., cited in a Wall Street Journal op-ed, found that a 500-acre farm would only break even or might lose money during the first 2 years using Monsanto’s FieldScripts service. The cost of the service, plus the cost of acquiring equipment that can send and receive information, would make this data-driven innovation an unprofitable investment for smaller farms. The result then is that, in reaping the benefits of Big Data, large farms will gain an additional advantage over their smaller competitors, which simply accelerates the long trend of small farms giving way to big ones.

That’s difficult news to swallow for the farmers taking big risks on smaller plots of land. Yet, it is an example of how progress takes no prisoners. New technology is always disruptive. It forces people to adapt when traditional approaches and technologies give way to new innovations. How will smaller farms change to remain competitive? Can they?

One of the best things about the free market is that where there is demand, there is opportunity. As Big Data drives ever-more precise planting and harvesting, it also opens the door for new businesses to cater to the needs of small farms, though how those new businesses will provide cost-competitive services remains to be seen. In any case, it will be the cascading innovations borne of Big Data that will continue to reshape the U.S. agricultural landscape.

You can bet the farm on it.