U.S. Chamber of Commerce Foundation / Breaking the Monopoly of Mediocrity in Public Education

Breaking the Monopoly of Mediocrity in Public Education 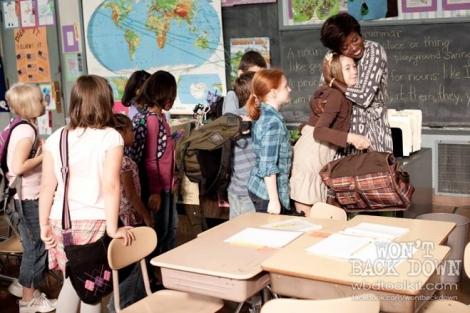 Historically, September is a month of excitement and new beginnings for students and parents—new classes, new teachers, new books, new classmates. However, recent events have tarred this time of excitements and shed new light on the dysfunction of the education system. In particular, the Chicago teachers’ strike earlier this month sparked a nationwide debate and raised questions over how to implement reform in the nation’s failing schools.

There is no question that our current education structure is problematic. The 2011 National Assessment of Education Progress (NAEP) scores, released earlier this month, state that “only about one-quarter of 8th and 12th graders performed at the ‘proficient’ level or higher.” This means that 75% of students are not graduating with the adequate skills they need to be successful in higher education and the workforce.

This week NBC, and its affiliate brands, attempted to tackle many of the problems and issues plaguing American education in its annual summit, Education Nation. The summit hosted daily panels with parents, students, educators, policy makers, and business leaders in order “to explore the challenges and opportunities in education today.” Additionally, the much-anticipated film, Won’t Back Down, premiered at Education Nation and will open in theaters nationwide on Friday. The movie, starring Maggie Gyllenhaal, Viola Davis, and Holly Hunter, chronicles the story of a single mother’s struggle to fight the status quo and drastically improve her daughter’s failing public school. The film touches on education reform principles vital to enacting positive systemic change such as school choice, teacher evaluations, and charter schools.

Starting this October, the Institute for a Competitive Workforce, an affiliate of the U.S. Chamber of Commerce, will be launching its ‘Breaking the Monopoly of Mediocrity’ tour. The tour will host screenings of Won’t Back Down in communities across the country as a means of raising awareness and inciting discussions about education reform. Forums and panels will be held after the screening and will include education reform policy experts and local business and community leaders who can speak to issues relevant to each individual community.

It is time to ‘break the monopoly of mediocrity’ in public education. No child should be confined to a failing school because of their zip code.

To learn more about Won’t Back Down, please visit the Walden Media website.

Kelly Reynolds is a Fall 2012 intern at ICW.