U.S. Chamber of Commerce Foundation / Can We Finally Agree That There’s a Skills Gap?
Center for Education and Workforce
January 11, 2013

Can We Finally Agree That There’s a Skills Gap? 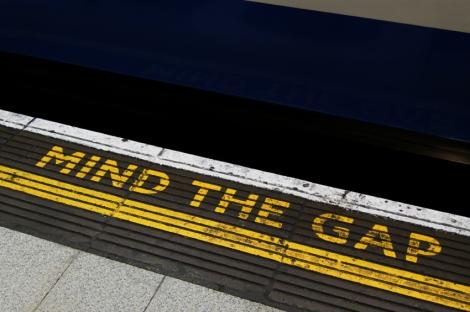 The results of an annual survey by the National Association of Colleges and Employers (NACE) reported a 3.4% increase in starting wages for college grads over last year. It was the largest such increase in salary since before the recession took hold in 2008. For those who follow such things, it’s a rather important finding.

While most people—including Democrats and Republicans alike—acknowledge the existence of a skills gap, not everyone has been convinced up to now. One of the most prominent among the doubters, Peter Capelli of the University of Pennsylvania, has been particularly vocal in his assertion that the skills gap is an employer-driven myth. He argues that businesses aren’t paying higher wages, aren’t training their employees, and are making unreasonable demands regarding the education levels of their employees. So let’s take the argument step-by-step.

Explaining the first part of the theory, it stands to reason that if there’s a small supply for skilled workers, employers would be paying more to the ones who do exist. It’s a simple supply and demand argument. Since wages hadn’t substantially risen in recent years, people like Capelli argue that there must not be demand. Likewise for the second part of their argument, it’s suggested that if employers aren’t happy with the skills of potential employees, they would take steps to grow out the talent base themselves through private training.

Unfortunately, such a simplistic view assumes an infinite capacity for employers to expand wages and spend money. Even in the best of times, raising salaries substantially raises production or service costs. This has to be offset somewhere, and while the increased efficiency in having a full, talented staff would do much in that regard, inevitably prices would have to go up. Since customers would likely balk at significantly higher prices—particularly when there’s a sharp increase—this limits the ability of employers to fight among themselves for employees. And in the worst of times, such as during the Great Recession, paying workers more at a time when a company is in danger of laying people off shouldn’t strike many as a sound business plan. Not coincidentally, with the economy slowly starting to improve, businesses have begun to feel a bit more comfortable competing for talent with wages, resulting in the wage increases observed by NACE.

As for the training part of it, it has always been a specious argument that businesses haven’t been training their workers. Businesses spend more than $150 billion annually to improve the skills of their employees. Even during the recession, per worker spending on training has remained fairly steady, according to ASTD. In fact, businesses spent roughly $400 per worker more in 2011 than they did 10 years earlier, representing a 48% increase during that time. While it’s still early, most analysts believe that training budgets rose again in 2012, and will likely continue to rise so long as the economy keeps expanding. This increase comes in spite of the fact that training for many jobs has gotten significantly more cost efficient with the rise of online learning.

As for the last argument regarding unreasonable demands on education levels, this disagreement simply boils down to perception versus reality. The perception is that someone with a high school diploma today should be able to do a job that required just a high school diploma 10 or 20 years ago. The reality is that much has changed during that time. Automation and other forms of technology have fundamentally changed the level of skill involved for most jobs. Even lower-skilled jobs require more proficiency today than they did in the past.

Worse, employer faith in the value of those credentials has fallen precipitously in recent decades. Most employers just don’t believe a high school diploma, or even postsecondary education credentials, indicate the same level of ability that it used to. So when they start demanding an associate’s degree for a job that didn’t previously need one, it’s because they’ve likely learned the hard way that a candidate with less education isn’t going to fit the bill.

At the end of the day, it’s clear that the ground is starting to collapse under those who continue to believe we don’t have a major problem on our hands. The evidence continues to grow that our nation faces a serious shortage of skilled workers. And while businesses might do more to get the talent they need—and by nearly all objective measures, they have already done quite a bit—the talent they need just isn’t there. Unless that changes, we’re going to be in for some very tough times.

Now, we can continue to deny that, do nothing, and see what happens. Or we can take action by fixing our schools and redesigning our workforce development system, and thus ensure prosperity for generations to come. The right choice should be obvious by now, shouldn’t it?

Domenic Giandomenico is Director of Education and Workforce Programs at ICW.

Class of 2020 Postsecondary Enrollment Plummeted - What Now?
Will COVID-19 Push Online Workforce Education To Its Tipping Point?
A 2020 Vision: The Future of Economic and Workforce Development in South Carolina