U.S. Chamber of Commerce Foundation / A Nation Still at Risk
Center for Education and Workforce
April 24, 2013

A Nation Still at Risk 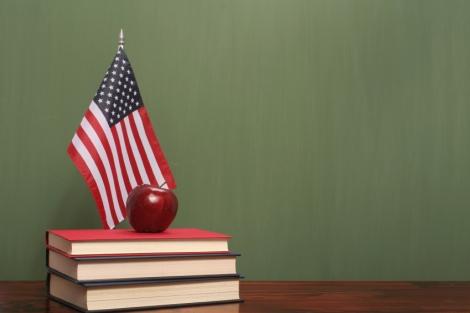 This Friday, April 26 marks the thirty year anniversary of the landmark report, A Nation at Risk: The Imperative for Educational Reform. Written by President Reagan’s National Commission on Excellence in Education, A Nation at Risk shone a spotlight on the mediocre performance of the country’s education systems and provided a much needed wake-up call to the American people. The authors wrote,” … the educational foundations of our society are presently being eroded by a rising tide of mediocrity that threatens our very future as a Nation and a people. If an unfriendly foreign power had attempted to impose on America the mediocre educational performance that exists today, we might well have viewed it as an act of war.” Quite a statement.

So, we should ask ourselves, over the last 30 years, have we taken this eye-opening report as seriously as we should have? Have we truly been resolute in our commitment to improve education for all children, regardless of race, class, or economic status? Regrettably, I would say we were on our way but have walked back in recent years.

President George W. Bush, Senator Ted Kennedy, and now Speaker of the House John Boehner, came very close when they came together in a way rarely seen since in Washington to close the educational achievement gap between poor and rich students, and minority and white students. For the first time, we as a nation provided parents with real information about the performance of each public school. We tied consequences to performance and provided support to students struggling and options for parents whose children were condemned by virtue of their zip code to an education that, if described as mediocre, would be a compliment.

As with every law, No Child Left Behind (NCLB) was not perfect. That’s why laws have time tables and are meant to be re-examined, updated, and improved. Sadly, Congress has not reauthorized the Elementary and Secondary Education Act (ESEA or NCLB) in more than eleven years, the Department of Education seems to be handing out waivers like candy dismantling the accountability provisions of the law, and our educational standing in the world continues to slip further and further.

Additionally, the educational statistics are sobering, to say the least. While real gains were made for low-income and minority students, two-thirds of fourth and eighth-graders are still unable to read at grade level, 30% of U.S. students fail to graduate high school in four years, and the dropout rate is nearly 50% for African-Americans and Hispanics. Once first in the world, America now ranks 10th in the percentage of young adults with a college degree. Students in other countries like South Korea, Finland, Poland, Singapore, and Australia are continuing to outperform our students on international tests.

As an advocate for the business community, I would be remiss not to mention the impact this has on jobs and on our economy. Approximately 90% of the jobs in the fastest-growing occupations require some postsecondary education and training. There are nearly 4 million jobs that remain unfilled partially because our education systems are not teaching the skills necessary for a 21st century workforce. By 2020, there will be 123 million jobs in America defined as “high-skilled and high-wage” but only 50 million people will be qualified to fill them.

So, what do we need to do to right the ship? We must require a quality, rigorous, and well rounded K-12 education system. This means promoting the use of student data for accountability, supporting college- and career-ready standards (and that means supporting the state-led Common Core State Standards Initiative), and providing real choices and options for students and parents. We must also increase postsecondary completion rates among all students. As taxpayers, we must demand public accountability by requiring postsecondary institutions to provide clear and accurate information on the true costs of programs and the performance of their students. We must also better align training programs with the actual needs of employers.

The education reform movement has gained steam in the last 20 years. There are those of us who believe that we can provide every child with a quality education and the opportunity to realize their dreams. However, every time we take a step forward, we seem to take two steps back.

Last week, U.S. Secretary of Education, Arne Duncan, said “we are still a nation at risk” at an event at the U.S. Chamber of Commerce. As we mark the thirty-year anniversary of the report, let’s acknowledge some of the real progress made, but also remember that we still have a long way to go. President Reagan said, “Certainly there are few areas of American life as important to our society, to our people, and to our families as our schools and colleges.” Let’s remain committed to making them the envy of the world.