4 Companies Embracing, and Finding Value in, the Circular Economy 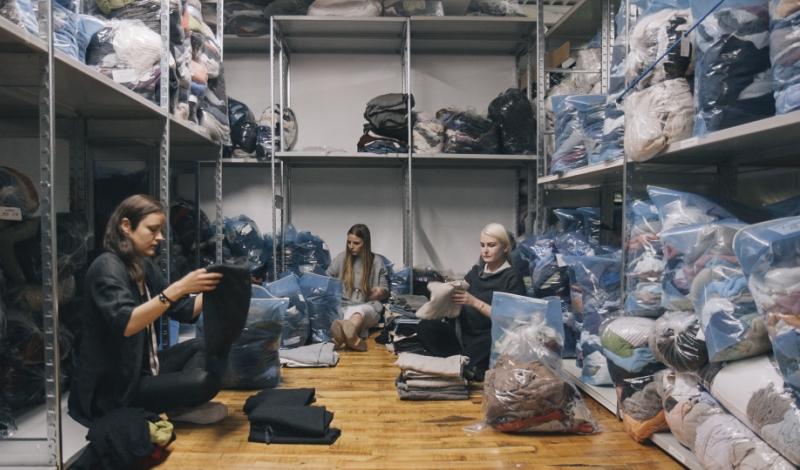 The circular economy – an economic model focused on designing and manufacturing products, components and materials for reuse, remanufacturing, and recycling – promises big opportunities for the private sector to drive new and better growth and accelerate innovation. Shifting to the circular economy could release $4.5 trillion in new economic potential by 2030, according to Accenture. But how do we take that vision of a circular economy – which imagines a world without waste – and translate that into profitable and scalable action?

The U.S. Chamber of Commerce Foundation Corporate Citizenship Center, a nonprofit organization driving the circular economy agenda in the US, is releasing a new report featuring case studies that illustrate how companies are translating their circular economy aspirations into action - and how that in turn drives greater resource productivity improvements, eliminates waste and inefficiency, and contributes to a stronger and more competitive economy.

Let’s take a look at some of the companies featured in the report.

Food services provider Aramark has set a goal of reducing food waste by 50% by 2030 from its 2015 baseline, such as by setting standards for ordering, receiving, preparing, serving and tracking food production. Through its partnership with food waste reduction experts LeanPath, Aramark is accelerating its waste prevention and minimization efforts by integrating LeanPath’s tracking and analytics technology platform into its largest 500 accounts. Since 2016, Aramark has rolled out LeanPath's platform across 161 sites, slashing its food waste on average by 44% and reducing the amount sent to landfill by 479 tonnes. In instances of overproduction, Aramark donates unserved food to local food relief agencies or for composting.

EILEEN FISHER: The path to 100% circularity

EILEEN FISHER’s take-back programme, in which employees and customers can bring back unwanted EILEEN FISHER clothing for $5 store credit per piece, started in 2009 under the name Green Eileen. Funds raised from the programme are donated to organizations that support women, girls, and the environment. In 2017 Fisher Found was launched as the next iteration of Green Eileen, a circular take-back programme that focuses on reselling, renewing (repairing slightly flawed pieces, for example), and remaking EILEEN FISHER garments. Since 2009, EILEEN FISHER has taken back over 800,000 garments and donated $2 million to its chosen causes. EILEEN FISHER currently takes back 3% of the products it creates each year, and is working towards a goal to take back 100% of its output.

Computer chip manufacturer Intel has set a goal to recycle 90% of its non-hazardous waste and divert 100% of its hazardous waste from landfills by 2020. Since 2008, Intel has recycled 75% of the total waste generated from its operations, such as through upcycling, recycling, recovery, and reuse. For example, Intel developed an onsite electrowinning system to recover solid copper for reuse from an aqueous waste stream generated by semiconductor manufacturing. The recovered copper can enter the metals market supply chain for reuse in other industrial or commercial applications. The copper recovery process has been replicated at Intel’s microprocessor manufacturing sites and more than two-thirds of the waste was recovered in 2016. Additionally, over the past 10 years Intel has donated more than 1,000 pounds of copper to Arizona State University for use in the creation of works of art.

Johnson Controls has designed its conventional automotive batteries so that 99% of the materials can be reused. Customers can return old batteries that are collected by Johnson Controls and turned into new batteries. The company’s circular supply chain has pushed recycling rates for conventional batteries to 99% in North America, Brazil, and Europe in 2015, enabling Johnson Controls to produce batteries containing more than 80% recycled material. In partnership with suppliers, customers, and logistics partners, Johnson Controls has enabled hundreds of millions of batteries to be properly recycled and recovered into new batteries. The benefits include a more resilient raw material supply, job creation and economic development for local communities and suppliers, and a 90% reduction in energy by using recycled plastics instead of virgin plastic.

The case study report will be released at the U.S. Chamber of Commerce Foundation Circular Economy and Sustainability Summit, From Aspiration to Implementation, on June 26-28 in Washington DC. In partnership with The Ellen MacArthur Foundation, the World Business Council for Sustainable Development, and with support from the World Economic Forum’s Platform for Accelerating the Circular Economy, this event will explore the ideas, innovations, technologies, and partnerships needed to leverage winning circular economy strategies that enable growth and well-being. Learn more and register here.