U.S. Chamber of Commerce Foundation / In an Age of Automation and Artificial Intelligence, How Will We Adjust?
General Foundation
August 9, 2016

In an Age of Automation and Artificial Intelligence, How Will We Adjust? 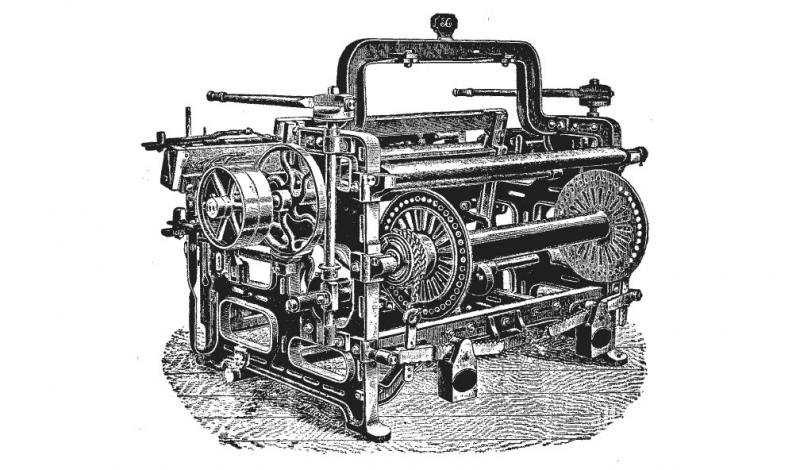 The introduction of the power loom led to worker discontent in the 1900s. Will new technologies in the 21st century also disrupt the role of the worker?

Tweet Facebook
How will America, its workplaces, and the economy adjust to artificial intelligence, robots, and automation?

In the early 19th century, English textile workers rebelled violently against the use of machinery (such as power looms and weaving machines) that put their livelihoods at risk. The United Kingdom deployed troops to put down the unrest, but strife over the economic and social effects of disruptive technology continued to rage throughout the Industrial Revolution.

Today, the rise of Artificial Intelligence and robotics—the inevitable melding of the mechanical and digital revolutions — is sparking new anxieties about the effect of innovation on jobs, the future of work, and the economy. What does it mean when smart robots and intelligent machinery are able to perform tasks traditionally performed by people?

When the growing sweep of jobs is now subject to major, rapid change from automation (and in some cases outright obsolescence) the social implications are as consequential as the economic effects. A job is not just a way to earn life-supporting income — as crucial as that is for each of us. Work also provides a sense of personal purpose and worth — of being wanted and needed, emotional factors that play a central role in our personal and public happiness.

Workers, employers, and policymakers are striving to cope with these complex social, economic, political, and human dynamics. As they do, three vital lessons from the past and three unique realities about the present should inform a set of conversations we’ll need to have to shape a better future.

These lessons learned and new realities must inform a set of national conversations about how best to prepare for an uncertain future.

Conversation on WORKFORCE RESILIENCE centered on…

Conversation on MODERNIZATION centered on…

Conversation on INNOVATION centered on…

The advent of a new administration is an excellent time to hold a thoughtful national conversation on these topics. In the end, the conversation must translate into positive reform that makes America more innovative, our workforce more resilient, and our economy stronger and supportive of the American dream.

The U.S. Chamber of Commerce Foundation examined the future of work at its WORK FORWARD event on July 11. Learn more.