U.S. Chamber of Commerce Foundation / Beyond the Bay Area: The Rise of the West Coast Innovation Economy

Beyond the Bay Area: The Rise of the West Coast Innovation Economy 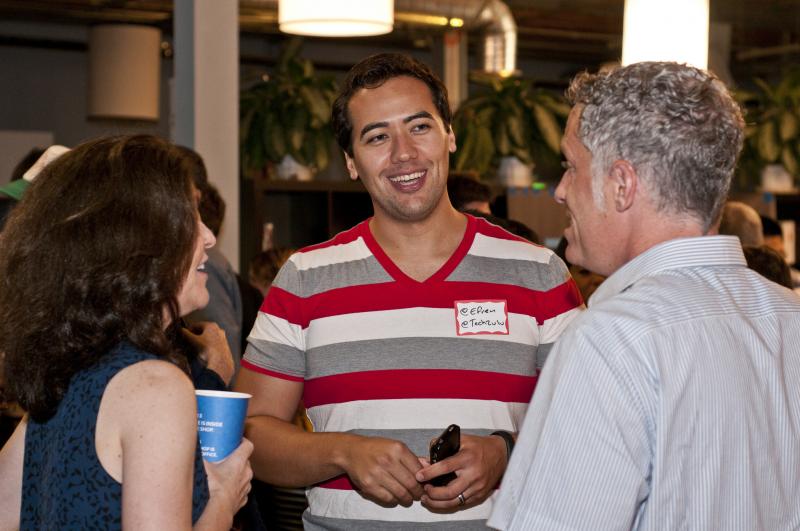 Entrepreneurs gather at a mixer held at Cross Campus, a co-working space in Los Angeles. Photo by Avesha Michael via Flickr.

When you think about entrepreneurial innovation on the West Coast, what’s the first thing that comes to mind? If you’re like most people, the answer is probably Silicon Valley and San Francisco: the global hubs of the modern startup economy. But out West, the Bay Area isn’t the only game in town any more.

Our Innovation that Matters tour of America’s rising digital cities kicked off this January. The first leg of the tour took us through the “New South”to learn about the booming startup communities in Raleigh-Durham and Atlanta. In February, we turned our attention to the West Coast, traveling to Los Angeles and Seattle to see firsthand how these cities are becoming new centers for tech entrepreneurship.

While both Los Angeles and Seattle have long histories of innovation that have enabled their economies to thrive for over a century, the two metropolises had in many ways become overshadowed in recent years by Silicon Valley’s emergence as the center of the digital universe. But this is no longer the case. With growing networks of entrepreneurs and mentors, maturing communities of investors, and emerging key partners in local universities and government agencies, the two cities are laying the long-term foundations for a vibrant urban economy powered by digital innovation.

With growing networks of entrepreneurs and mentors, maturing communities of investors, and emerging key partners in local universities and government agencies, the two cities are laying the long-term foundations for a vibrant urban economy powered by digital innovation.

In each city, we worked with our local incubator partners–Cross Campus in LA and Startup Hall in Seattle–to identify key stakeholders from the community to talk with and learn from. These stakeholders included startups such as HopSkipDrive and Socrata, universities such as Caltech and University of Washington, chief technology officers from the LA and Seattle city governments, and many others. The goal was to better understand how, in each city we visit, these different actors work together to foster a vibrant ecosystem for entrepreneurship and innovation.

We’ll be compiling findings from our trips to the Southeast and West Coast and publishing key takeaways later this year as part of the second edition of our Innovation that Matters report. For now, it’s on to the next legs of our journey: Kansas City, the emerging startup center of the Great Plains, and Denver and Salt Lake City, the hubs of the Mountain West. Stay tuned for more to come.