U.S. Chamber of Commerce Foundation / Beyond the World Cup: Soccer for Entrepreneurship in Emerging Markets

Beyond the World Cup: Soccer for Entrepreneurship in Emerging Markets 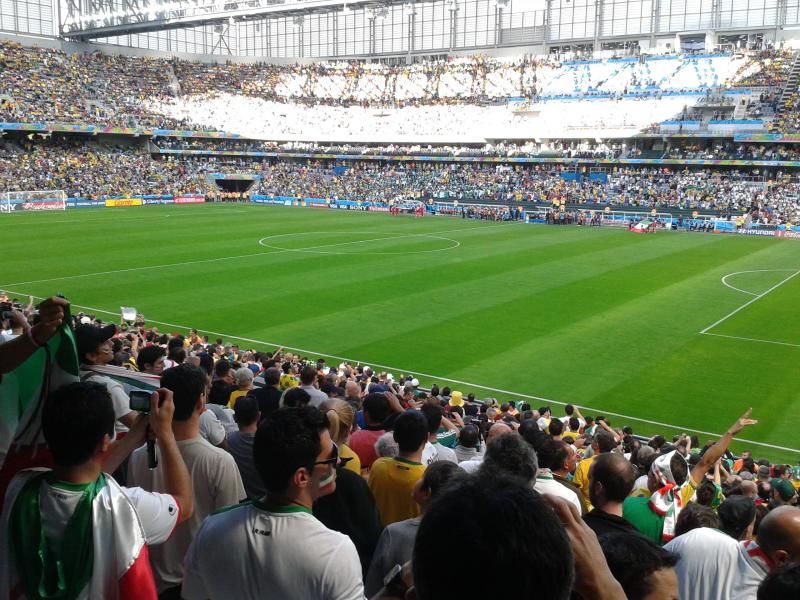 The eyes of the world have turned towards Brazil this month, as the soccer-mad country hosts the FIFA World Cup for the second time in its history. But what should be a triumphant moment for the country has been marred by corruption allegations, public protests, and worker strikes.

Much of this stems from the perception that the World Cup investments aren’t being directed in a way that will result in long-term national development. Expectations have been high; the country’s official World Cup website declares that the games will result in “a relevant legacy in infrastructure, creation of jobs, income, and promotion of the country’s image on a global scale.” Hosting the Cup, in other words, is expected to be a “game changer”.

But while the event’s true legacy is now very much up for debate, there’s almost no question that, at least when it comes to job creation, the “World Cup effect” will be fleeting. Of the roughly 700,000 estimated jobs to be created as a result of the World Cup, fewer than half will be permanent, according to Brazil’s special advisor to the national Ministry of Sports. Moreover, local employment expectations are often exaggerated from the start for major international events like the World Cup, with many companies extending the hours of existing employees rather than employing additional staff. In 2006, for instance, Germany predicted it would generate 100,000 new jobs as a World Cup host, but only ended up creating about half that number.

While Brazil’s new infrastructure may be permanent (or so one hopes), what about the country’s human infrastructure? How can the promise of the World Cup translate into long-term economic opportunity for the country’s many unemployed and underemployed citizens?

The answer lies not necessarily with the World Cup, but with the power of the game it represents. With the right support from the public and private sector, soccer itself can be a powerful tool for promoting social and economic development.

It starts with soccer’s unique status as a near-universal global interest, particularly in developing countries. The widespread enthusiasm for the sport has prompted numerous development programs to incorporate the game into their activities: from Grassroots Soccer, which teaches HIV/AIDS awareness in Africa, to Football 4 Peace International, which promotes reconciliation in conflict areas.

But soccer has also been applied effectively to the persistent problem of unemployment in many emerging markets. Programs like A Ganar, led by Partners of the Americas, use soccer games and lessons to help provide youth with marketable job skills. Not only does soccer provide a “hook” to create and maintain interest in the program, but the sport’s emphasis on skills like teamwork, communication, and discipline are directly transferrable to the workplace.

The challenge is that while these programs have been effective in many cases, they  often don’t reach large enough numbers of people, and rely heavily on donor and government funding. But who is better at connecting with the public, and has more of an interest in employment (and in raising the skills of the workforce in a growing market), than the private sector?

A number of companies have developed innovative corporate citizenship initiatives in Brazil around the World Cup. For example, Coca-Cola launched an effort to collect plastic bottles around the country to be re-used in the seat linings of Maracanã Stadium, the venue for the final World Cup match. Additionally, Sony is sponsoring “pop-up stadiums” that provide children with a safe space to play soccer and to learn teamwork, leadership, and other sports-related life skills.

With the right strategy, corporations can pick up where the World Cup leaves off, taking on some of Brazil’s fundamental development challenges that many citizens feel have been unaddressed by the World Cup preparations.

Our hope is that firms will use soccer to tackle the issue of youth unemployment head on, linking the game with entrepreneurship training, for example in programs to help Brazil’s many unemployed and underemployed youth. There are many advantages for firms looking to support Soccer For Entrepreneurship (SFE) approach, starting with the fact that nearly every consumer is interested in the sport. This should make it easier to find partners and get visibility. For instance, there are numerous ways for companies to participate and benefit as well (donating jerseys with a corporate logo, sending their employees to share their real-life experiences in starting and running businesses, even investing in start-ups spawned by SFE graduates). Also, in an important way, a Soccer for Entrepreneurship approach combines social and business value, allowing the private sector to do what it does best while investing in the future of business.

Finally, soccer lends itself to replicability. We can see a network of SFE programs in a country like Brazil, where un- and underemployed youth come together in areas rich and poor, working with company support to learn about – and eventually start – their own business. And given the sport’s global popularity, we can see firms supporting teams and leagues everywhere they operate. Soccer as a vector to teach about business around the world: it’s a natural fit.

Less than a month from now, a new champion will be crowned in the soccer world. But when the lights dim on the last game of this year’s World Cup, what will be left behind? Stadium construction did not change the dynamic for Brazil’s unemployed youth—but with the right training and support, firms can help put the ball squarely in the hands (or at the feet) of young adults hoping to start their own businesses. With the right corporate engagement, soccer can help build employment opportunities in Brazil that begin—rather than end—with the World Cup.

This article first appeared on the blog of the U.S. Chamber of Commerce Foundation's Corporate Citizenship Center.