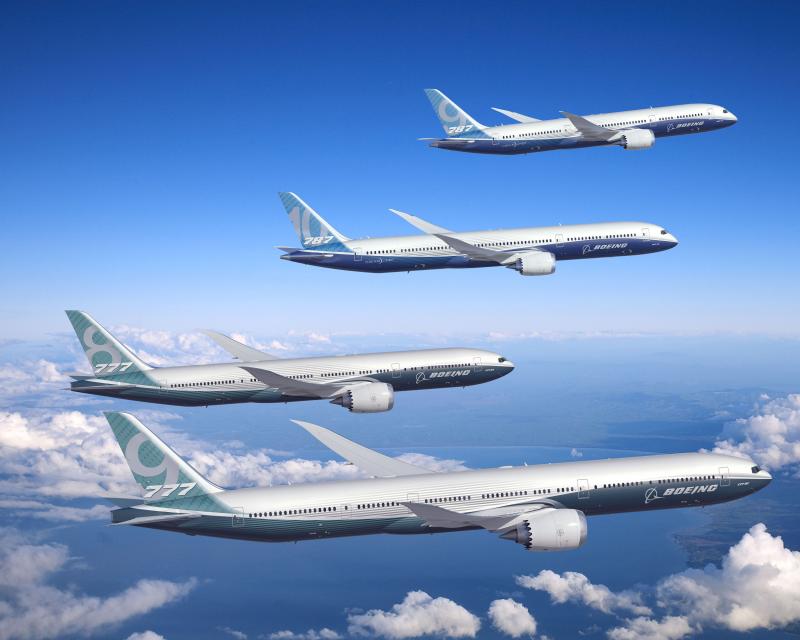 One company, Boeing, will be front and center on March 22 as the Summit recognizes its century-long legacy of innovation in aviation.

If you’ve flown in a plane, you’ve probably sat in a Boeing product.

From the 707 to the new 787 Dreamliner, Boeing’s passenger jets have been synonymous with air travel. These days, the company reports that Boeing jets transport more than 4 million passengers daily. And few companies over the years have played as big a role in defending America and its allies.

“The story of Boeing is in many ways the story of America, and what American ingenuity can accomplish,” CBS News reported last year.

From Seattle to the Front Lines

The origins of Boeing are, like many American companies, rather humble. In 1910, 28-year-old William Boeing saw his first airplane at an air meet in Los Angeles.  Back in Seattle six years later he built his first airplane and incorporated Pacific Aero Products Co. for $100,000 – a name  soon changed to the Boeing Airplane Co.

It was the start of an enterprise that would eventually grow to become the world’s largest aerospace company,  employing nearly 160,000 workers.

Before hitting it big with its iconic passenger planes, Boeing was focused on the nation’s defense.

Within a year after being founded, Boeing was selling 50 Model C Navy trainer planes, and moved on to produce some of the first bombers to serve during World War I. It would not be the last time Boeing went to work in support of America’s defense.

In 1941, a Boeing-built Douglas Navy Dauntless became the first U.S. bomber to sink an enemy ship, just three days after Japan’s attack on Pearl Harbor. The company would go on to produce countless planes for service in World War II, including the B-17 and B-29, leading to the eventual victory of the Allied powers in 1945.

Since then, Boeing has also been a key player in other major defense programs – the F-15, F-18,  and Chinook helicopter -- and has expanded its defense operations to include missile defense, cybersecurity, and unmanned aerial systems.

The “Incredible” Expansion of Air Travel

In the post-war era, commercial airplanes became Boeing’s bread and butter, and the nation’s appetite for jet travel led Boeing to produce  some iconic planes.

More than 50,000 employees—dubbed “The Incredibles”—worked on the development of the now-legendary 747 in the late 1960s.

“Chairman Bill Allen wanted to build something bigger—much, much bigger,” Boeing said in a recent video about the 747. “What has followed that first flight has been five decades of ever more capable 747s, possibly the most recognizable plane on earth.”

Boeing has continued to push the envelope with the development of ever-more efficient planes.  Its latest effort, the 787 Dreamliner, is its most fuel-efficient plane to date.

Despite economic turbulence, industry consolidation, and concerns over terrorism, Boeing has been a stable force in the aviation industry. And it is now one of the nation’s largest companies, boasting more than $96 billion in revenue last year.

As a testament to Boeing’s strength and stability, the company has had just nine chairmen over the years, starting with William Boeing in 1916 and leading to Dennis A. Muilenburg this year.

Muilenburg’s predecessor, W. James McNerney, Jr., served for the previous 11 years and will be on hand during the March 22 Aviation Summit to reflect on the company’s history and its place in the industry.

Also be sure to check out the 5-part documentary series, The Age of Aerospace, produced by The Documentary Group and underwritten by Boeing.