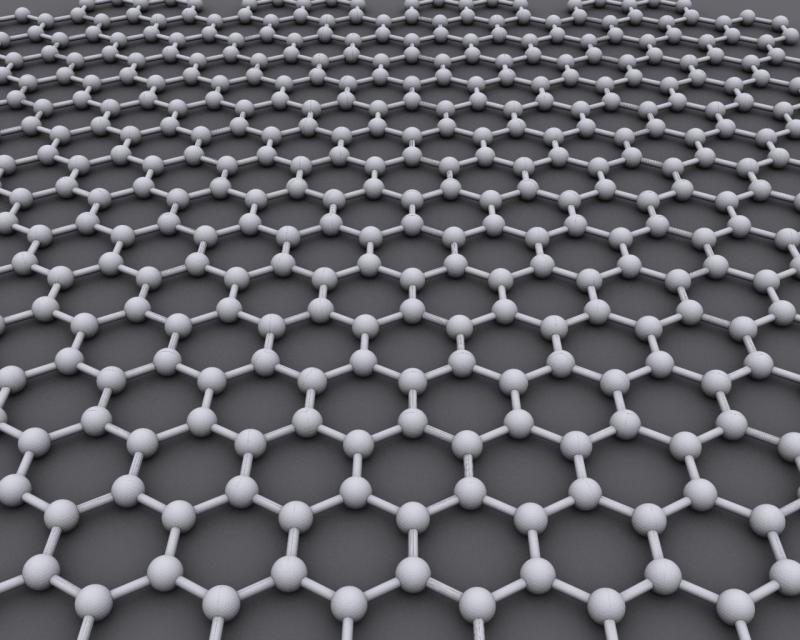 Graphene has the potential to revolutionize many industries and boost the U.S. economy.

The world is standing on the very edge of the next big thing—the commercial application of graphene. Even as the super-strong, super-conductive single-atom thick sheet of carbon was first created in 2004, a useful application of this wonder material has remained tantalizingly out of reach. That will change any day now.

Invention and innovation are often used synonymously, but this is not entirely accurate. Invention precedes innovation—something new and exciting is novel, but it is only once that novelty is placed in the marketplace to satisfy a need that it truly becomes an innovation. Graphene can satisfy a lot of needs, but which needs will they be? That’s what researchers are

striving to find out. The discovery of graphene garnered Andre Geim and Konstantin Novoselov the 2010 Nobel Prize for Physics because the material is so remarkable. It is 200 times stronger than steel, lighter than paper, and vastly cheaper than most electronic materials in use today. Yet, the ongoing question has been how to use the novel material in an innovative way. Competition is raging, and the world is taking big steps towards capitalizing on graphene.

Most recently, University of Manchester researchers, working with UK graphene manufacturer BGT Materials Ltd., discovered a way to print compressed graphene ink into a radio frequency antenna. Graphene ink has existed for years, but its uses have been limited because, previously, the ink had to be mixed with other chemicals and put through a heating process called annealing. The heat in this process destroyed many of the materials onto which current electronics are laid, such as plastic.

Manchester researchers, however, developed a new process, compressing the ink with a roller, yielding a “graphene laminate.” Not only did this increase conductivity by more than 50 times, it also revealed an inexpensive process that makes it possible to use graphene ink on a range of materials, even paper. The 14-centimeter-long, 3.5-millimeter-wide antenna performed so well it has an immediate practical use for radio-frequency identification (RFID) tags and wireless sensors.

Currently, most RFID tags are made from aluminum or copper, bringing not just a larger physical size but also larger costs to acquire and work with the metals. Contrast that with graphene, which is just carbon, the 15th most common element in Earth’s crust. This cheap process has obvious applications for wearable electronics demanding miniature radio components (such as the much-acclaimed iWatch and Fitbit). Smaller, cheaper graphene will accelerate the use of wireless technologies that are constantly generating data and sending them to the cloud via smart devices.

The natural companion of innovation is competition, and while Manchester researchers have made a big breakthrough, other organizations are also pushing to put this wonder material to work. Just this year alone, some major advances have been announced from research teams around the world:

These advances in graphene production may seem technical and even banal, but to be sure, it is this kind of research that will unlock untold opportunities and technologies that will shape our world. Today, researchers are still trying to understand the various fabrication methods that turn a good idea into a useful tool for innovation and technology manufacturing. But already there are numerous potential applications for graphene in nearly every industry.

In medicine, graphene holds promise because of its biocompatibility, as well as its strength. Researchers are currently experimenting with graphene as way to enhance lab-grown organs, such as 3D printing replacement nerves for patients with spinal and nerve disorders and injuries. Graphene is already being tested as a tool for water purification; it is 600 times thinner than current filtration membranes, meaning it is able to purify more water at a faster rate than current techniques. And Australian universities are testing graphene in high-definition 3D holographic displays.

Meanwhile, Tesla Motors is testing graphene batteries (which could last 500 miles on a single charge—current mileage on a Tesla battery is 374 miles), IBM is experimenting with faster, cheaper graphene computer chips, and the Bill and Melinda Gates Foundation has donated $100,000 to University of Manchester researchers to develop a graphene condom, which would be stronger and reportedly offer a better prophylactic experience.

The point is that while still mostly a novel invention, developing graphene applications is a major area of competition. Fortunately, wherever commercially viable applications of graphene are ultimately created, odds are good it will be a boon for American enterprise and the U.S. economy and job market. New technologies are a driving force in American competitiveness and production, and broadly speaking, the U.S. technology sector directly employs 9% of all American workers while yielding $2.7 trillion in value (about 17% of U.S. GDP).

What is more, the U.S. business landscape is the natural home for groundbreaking technologies, given myriad factors, including a robust, risk-taking venture capital community, a vast tech infrastructure, and perhaps most importantly, a free market where consumers possess both the demand for new tech and the means to acquire it.

Without a doubt, graphene is going to do big things for U.S. business prosperity and job creation. And we’re almost there.