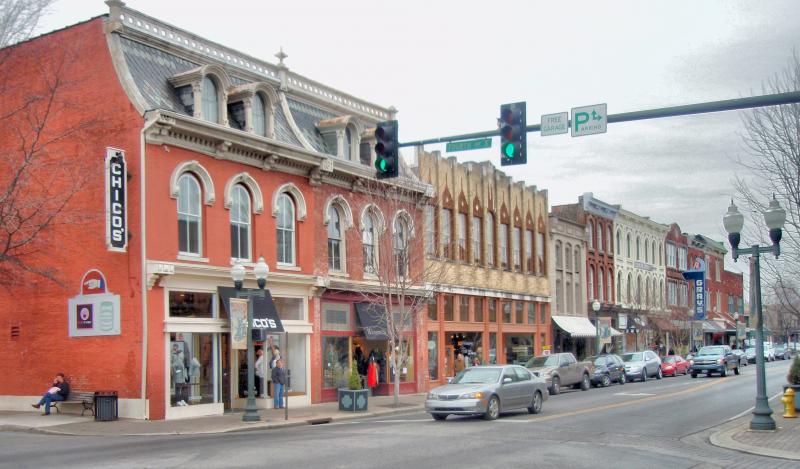 Every company is a tech company these days, and data-driven innovation is happening in every corner of our country.

That is the message we heard in Franklin, Tennessee, from a slate of distinguished local leaders in the greater Nashville area. Chief among them was Congresswoman Marsha Blackburn (R-TN), who spoke about issues ranging from net neutrality to broadband Internet, pointing to how these national issues impacted everyday people locally.

The event was co-hosted with the Williamson Chamber and the U.S. Chamber’s Center for Advanced Technology & Innovation, and featured speakers from the healthcare and entertainment industries as well as those representing tech startups and data analytics firms.

“Many of our nation’s best creators and innovators call Middle Tennessee home,” Blackburn said. She went on to explain in a note to her constituents that “big data plays a role of increasing importance in our daily lives.”

“While government doesn’t create jobs,” Blackburn said, “it is our job to create the environment for job growth to take place.”

Data issues especially impact Nashville’s local industries, such as healthcare and music, and the way their innovators do business. Blackburn explained that her Data Security and Breach Notification Act and Internet Freedom Act were meant to speak to these concerns. Blackburn believes that “people want assurance that their data is secure.” 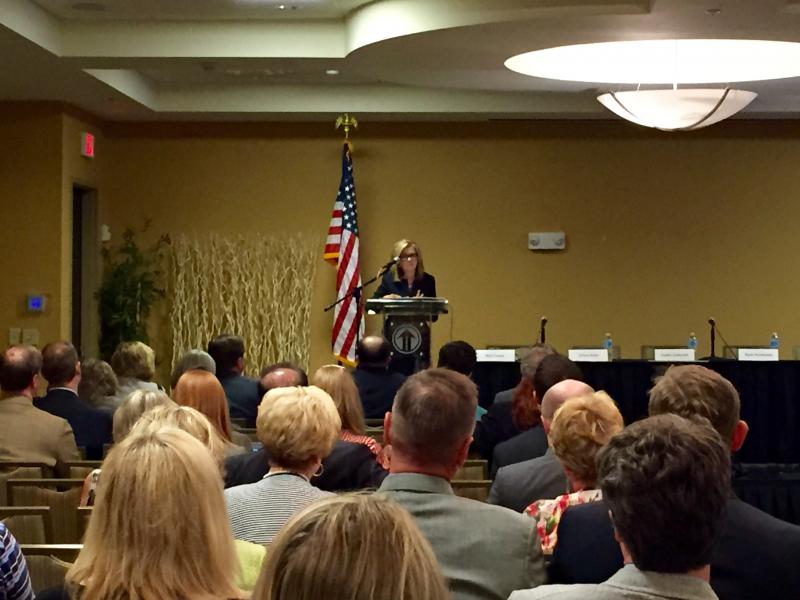 Health IT in particular, Blackburn noted, is in need of a transparent and predictable regulatory framework from the Food & Drug Administration (FDA). While the vast majority of Americans now talk into smartphones, the ability of these devices to speak into our daily lives is greatly limited by the heavy hand of regulators. Medical apps are reviewed in light of decades-old laws, all with the threat of future restrictions hanging overhead.

Damian Mingle of WPC Healthcare, a data standards firm, said he believes a lot is at stake with healthcare data. “Some cool stuff is happening right here in Greater Nashville,” he said, “including finding the cure for cancer through data innovation.” Mingle himself is ranked among the top 1% of data scientists, and demonstrated his work at visualizing complex statistics for health decision-makers.

Jeremy Bolls of Kindful, a data hub for nonprofits, and Ram Rao of Asurion, a device protection firm, both spoke on the need for new tools to harness the enormous amounts of data being generated. “Mobile users are most likely using only 10% of their device's capabilities,” Rao said.

Data-driven innovation is already changing established industries. Project Music, the nation’s only music tech business accelerator, is handing $30,000 in seed capital to a group of promising local startups. Robbie Goldsmith, who coordinates Project Music out of the Nashville Entrepreneur Center, has gotten Music City heavyweights to mentor these founders as they head into the program’s homestretch this month. From open collaboration platforms to sound enhancing apps, Nashville’s startups are using data in inventive ways to benefit music creators and listeners.

Bryan Huddleston of the 300-plus-member Nashville Technology Council was unabashedly proud of the area’s tech community. He emphasized how much talent there was locally, far more than many realize. Because of investments by the state and the region’s business community, the greater Nashville area is able to use big data and cloud-based tools to advance their particular industries. Indeed, as Huddleston pointed out, “In the 30-mile radius of Nashville sits a large number of health care companies that have data that can cure common ailments.”

These gains aren’t assured—Huddleston often hears of new efforts in the state capital that risk undermining the tech industry. But data-driven innovations are here to stay, he says, because consumers in Nashville are the ultimate winners.

As Matt Largen, the president and CEO of the Williamson Chamber, concluded, advances in technology are generating greater economic growth and transforming America’s industries.

“Data-driven innovation is changing our lives and is the transformational issue of our lifetime.  It has radically changed and radically disrupted business models that existed for years, and the pace of disruption will only continue to accelerate.

The biggest advantage of our regional economy is our diversity. From cutting edge Parkinson’s research through the Michael J. Fox Foundation at the Cool Springs Life Sciences Center to one of the largest tire production and testing facilities in the U.S. under construction in Clarksville, our economy doesn’t rely on one company or one sector, but it does rely on data to power and drive it.”

Local companies are becoming more innovative and consumers more empowered. With more information, more people are making better decisions about their everyday lives. That is a reality local leaders want to keep alive in Tennessee and beyond.

After all, as Blackburn said, “Big data is big business in Tennessee.”