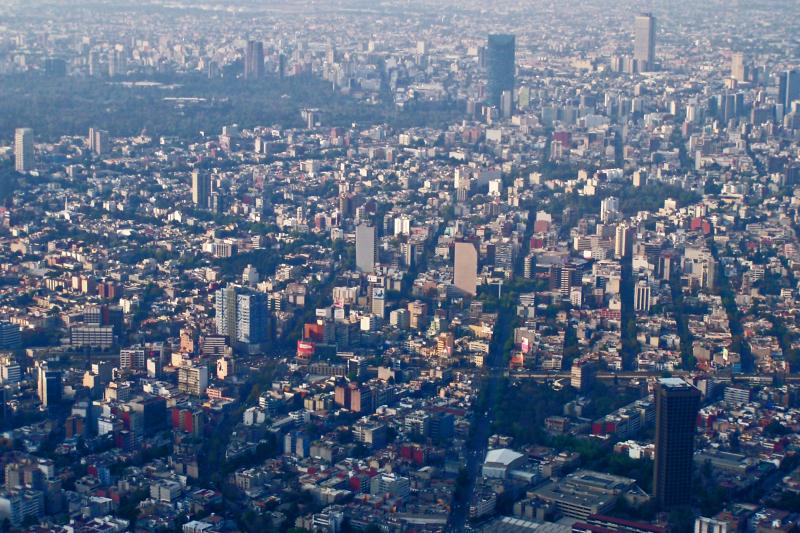 If you visit Mexico City, residents will tell you that the city is pretty safe these days—except for the cabs. Stories abound of cab drivers who cheat their customers or actually rob them after picking them up. Often the culprits aren’t licensed taxi-drivers but rogues driving cars that are painted to look like real cabs. Even sharp-eyed riders can have trouble telling the real from the fake.

Early next year, everyone should be able to ride more safely just by using a smartphone and a new app. At the recent Techonomy Detroit conference, Gabriella Gómez-Mont, Director of the City Laboratory of Mexico City, described how her innovation hub has attacked this urban problem with an app using public government data.

“This app lets you go out into the street, quickly type in the license plate for the cab, or even take a picture of it," Gómez-Mont said. "Then it automatically checks with different ministries to see that it’s actually a licensed cab” and uses “an algorithm that tells you how reliable the cab is.”

The impact of this simple app, she said, can be huge.

“We really do think that this can put a city resource back into play. When you think about it, Mexico City has the most painful commute in the world.”

Gómez-Mont and her colleagues realized that it would transform city life “if I could leave my car at home and leave my meeting and just hail a cab and feel safe.”

The safe-taxi app is just one example of a growing movement, in Mexico and across Latin America, to use open government data for economic growth and social good. In this region as throughout the world, open data—usable public data that anyone can access, analyze, and apply—is being recognized as a major resource.

Less than a month after the Techonomy conference, data experts, policymakers, and entrepreneurs from all over the Americas converged in Mexico City for the second annual ConDatos conference. Billed as the regional conference on “datos abiertos”—open data—the conference covered policy, technology, and the use of open data for innovation. The meeting highlighted a slew of new ventures that are using open data for social as well as economic impact. For example, SkyAlert uses satellite data in a portable alert system that can warn anyone in the Mexico City area of impending earthquakes.

Other companies and organizations are working to improve Mexico’s schools, focusing on everything from teacher quality to sanitation. Mejora tu escuela helps parents learn about local schools, compare them, and choose, much as GreatSchools does in the United States. And ENOVA uses different kinds of data to develop “innovative educational models.” Founder Mois Cherem, who was honored in 2013 as Social Entrepreneur of the Year for Latin America, describes the use of open data as “urban acupuncture”—using data to do pinpoint analysis of schools based on population density, access to transportation and broadband, and other factors.

Mexico’s approach, which combines open data with technology initiatives, is being used in other countries as well. For example:

·       In Chile, a 2008 Freedom of Information law has made government data more open, while the Start-Up Chile program is fostering technical innovation.

·       In Colombia, the Vive Digital program is promoting ICT innovation, including innovation in the government’s use of technology for greater efficiency and transparency.

·       App.Peru, Startup Peru, and the country’s Startup Academy are fostering innovation in that country.

As the open data movement takes hold in Latin America, the government of Mexico is taking a leading role. Mexico is the current co-chair of the Open Government Partnership (OGP), a group of more than 60 countries that have made commitments to open government data. In addition to promoting open data through the OGP, the President’s Office of the Government of Mexico is now collaborating with The GovLab at NYU to map the ways open government data is being used. The Open Data 100 Mexico, set to be completed by February 2015, is a study of 100 companies and nonprofits that use the government’s data as a key resource. The study will show the range of ways that open government data can be applied and may be a model for other countries in the region as well.

Joel Gurin is Senior Advisor at The GovLab and Project Director of the Open Data 500.