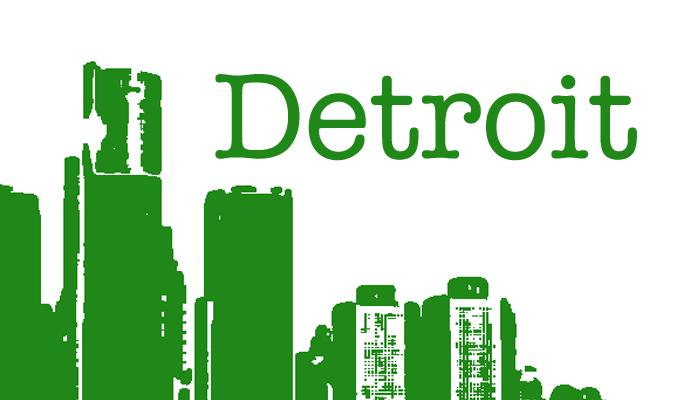 Detroit, a city known for being a pioneer in industries has lost some its momentum during the manufacturing decline and has been steadily losing population for decades. Now with nowhere to go but up, we take a look at emerging innovation and opportunities in the Motor City.

Detroit is the largest city in the State of Michigan. It is home to four Fortune 500 companies and the “Big 3” automakers—General Motors, Ford Motor Company, and Chrysler. It is also a center for emerging innovation, such as biotechnology, nanotechnology, information technology, and hydrogen fuel cell development.

According to 2011 estimates by the Census, Detroit had 706,585 residents, making it the 18th most populous city in the United States. The metropolitan area, however, consists of 4.3 million people. Additionally, the Detroit metro had a GDP of $162 billion in 2012.

Southeast Michigan, where Detroit is located, has the highest concentration of automotive research and technical centers in the world, together with military installations. Those places include the General Motors Technical Center, the United States Army Tank-Automotive and Armaments Command (TACOM), the Tank Automotive Research, Development, and Engineering Center (TARDEC). This area is also home to excellent hospitals and medical centers, such as the Henry Ford Hospital and the University of Michigan Hospital in Ann Arbor.

Despite Detroit’s significant impact on the region and the United States, the city has been striving to solve a core problem; that is, that more people leave the city than enter it. All the same, an impression has begun to form in recent years that Detroit has re-emerged as a “cool” place to live.

Detroit’s TechTown is an urban research and technology business park recently completed, and it’s dedicated to creating an internationally recognized entrepreneurial village within the city limits. The M@dison is a tech startup hub and recently recognized as one of the world’s coolest offices by Inc. Magazine.

When asked about their vision for success in the city of Detroit, Josh Linkner, the CEO of Detroit Venture Partners, and Dan Gilbert, the General Partner of DVP and the Chairman of Quicken Loans, replied:

“A vibrant work/live/play city that rivals other major urban areas such as NYC or Chicago. A diversified economy that is fostering innovation and entrepreneurship in a wide array of industries. A city that has easily accessible mass-transit and that people feel comfortable walking around at night from a public safety standpoint. A place that college grads want to move to and build their careers. We will win when Detroit once again stands as one of the premier cities for innovation and entrepreneurship. None of us can rest until that day. It is our responsibility (and privilege) as citizens of this community to pour our heart and soul into rebuilding this great American city”.

The New Economy Initiative for Southeast Michigan (NEI) has acknowledged that Southeast Michigan has been slower than some other regions to meet the challenges and seize the opportunities of the new, globally competitive knowledge economy. NEI is thriving to speed the transition of metro Detroit to this economy by committing to increasing prosperity and expanding opportunity for all residents and communities in the region. One of their initiatives was an eight year, $100 million strategic plan to accelerate the transition of metro Detroit to an innovation-based economy. The framework includes: promoting a successful entrepreneurial eco-system, capitalizing on existing regional assets and resources, and building and employing a more skilled and educated workforce.

Detroit’s Urban Innovation Exchange, supported by the John S. and James L. Knight Foundation, is a hub that highlights and advances Detroit’s emerging social innovation movement. You can check out some of their recent projects on their site.

In other arenas, a company in Detroit called Bogobrush recently launched a socially responsible toothbrush. According to the company’s website, 450 million toothbrushes are thrown away annually in the United States and the pieces of plastic are going to be around for years. Bogobrush’s design is 100% biodegradable, so that we can worry less about all of that waste. Furthermore, 80 million individuals lack access to adequate dental care in the United States. To alleviate this issue, Bogobrush’s business model is a 2-for-1 deal that allows consumers to donate a brush by simply buying one for them.

Thumbtack.com, in partnership with the Ewing Marion Kauffman Foundation, has conducted a survey of small business owners across the country. The data shines a new light on the United States' business regulatory climate and the nation's economic health. Detroit received fair rankings in the categories of training programs, networking programs, tax code, labor and hiring regulation, and environmental regulations. Some areas for improvement are the ease of starting a business, hiring costs, zoning, licensing, and health and safety.

Detroit has made efforts to lure the region's growth companies downtown with advantages such as a wireless Internet zone, business tax incentives, entertainment, an International Riverfront, and residential high rises.

According to a report published by the Brookings Institution, Detroit ranks among the top five cities in the country for job growth. Indeed, Detroit has added the second most manufacturing jobs from January 2010 through 2011.

In 2010, Quicken Loans relocated its world headquarters, together with 4,000 employees, to downtown Detroit. Dan Gilbert, CEO of Quicken Loans, Inc., stated that “young adults want to be in cities and Detroit sells itself once you get them here.” This remark was followed by a statement shortly thereafter that Quicken had 8,700 applications from 157 institutions for 600 internships. Gilbert had previously stated that he hoped to convene a meeting of major employers to try to ignite plans to draw 13,000 interns to Detroit in the summer of 2013.

“Life in the D,” as they call it, has plenty to offer, from housing and communities to education. There are a range of amenities too, including in recreation and leisure and arts and culture.

Forbes ranked Detroit 10th as one of the most affordable city in America. The median salary for college graduates is $62,700 and, according to the Council for Community and Economic Research (C2ER), Detroit is very affordable, as the cost of living is 5.4% lower than the national average.

Brandon Helderop contributed to the Huffington Post recently, highlighting that the reason there is a buzz in Detroit is because, for the first time in decades, there is a vision for a new Detroit. While there is more to be done, action seems to be following. Progress attracts new investment, ideas and, most importantly, residents that will call Detroit home.