U.S. Chamber of Commerce Foundation / Does the Free Market Speed Up the Internet?
General Foundation
September 23, 2013

Does the Free Market Speed Up the Internet? 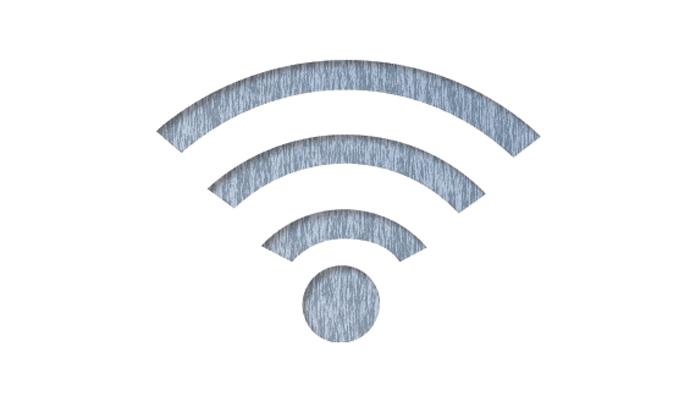 The American Enterprise Institute recently established a Center for Internet, Communications, and Technology Policy that aims to spark a much-needed conversation on technological change. To kick things off, they held a discussion on broadband and its impact on economic growth.

One interesting revelation from the discussion was the insistence that we ignore the OECD’s stats on broadband speed, which is good considering America’s poor showing compared to other developed countries. 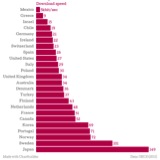 The reality is that America’s broadband is incredibly patchy, which is a separate issue. But few countries can top the highest broadband speeds in Kansas City, MO, for instance, which boasts the new Google Fiber infrastructure. Speeds vary from city to city, but also from state to state—many states in fact are world-beaters. Rhode Island, for instance, has nearly 90% penetration of download speeds at 1 gb/s or more—a blistering rate today. Twenty-six states have over 50% penetration of 100+ mb/s download speeds. 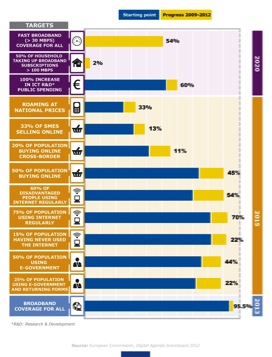 A recent report from the European Commission finds only limited progress in the reach of faster broadband speeds past 100 mb/s. The OECD’s data focuses on DSL speeds, which is a form of connection far more prevalent in Europe.

The United States allows, relative to the rest of the world, much more competition in how consumers and business can connect. While America’s DSL can sometimes be lackluster, and is the main source of our performance in the OECD data, our cable hookups are especially strong and a product of vast private sector investment.

Different providers are taking different strategies in spreading broadband—this competition is proving to be a strength, not a weakness. AT&T, for instance, is wringing a surprising amount of speed out of its old copper wires. Verizon has invested billions into its fiber-optic FiOS service, while Comcast and other cable companies remain strong competitors. The sheer diversity of broadband choices and the degree of investment in them in America is a key reason why, as one panelist mentioned, Europeans are actually worried that they may soon fall behind the States across every broadband measure.

What makes this take so interesting to me is that there’s actually serious disagreement on just how much competition is occurring, contra the perspectives I heard at AEI. Reihan Salam recently flagged a blog post by Tim Lee at The Switch on the “5 things neither side of the broadband debate wants to admit.” He argues that telephone providers are ceding ground to cable companies in the broadband race, and even handing them monopolies in some areas. A pretty serious charge, I’d say. Moreover, few cities are willing to experiment in new forms of broadband access; Google Fiber and Chattanooga’s fascinating model for building its own fiber network are exceptions, not the norm across the country.

Still, the mere fact that we’re seeing cities like Chattanooga take up the broadband banner are an encouraging sign of our laboratories of democracy in action on behalf of technological growth. Building a gigabit fiber network isn’t cheap and there’s an argument to be made that it’s unnecessary for current needs, but Reihan rightfully thinks its popularity with voters may win over some cities to build these networks. The real barrier may ultimately be state regulations banning local governments from building networks in the first place; simple ridding us of these burdensome regulations would go a long way to letting different approaches to broadband access be tried out.

What’s particularly exciting once you look beyond current initiatives and to a completely open space for broadband innovation are brand new inventions that may soon render all of these other initiatives moot.

Assuming that municipal networks don’t take root, it could be that some new technology, like Steve Perlman’s much-heralded Distributed-Input-Distributed-Output (DIDO) wireless technology, which if Perlman isn’t blowing smoke will deliver speeds 100 times faster than current wireless networks, will completely upend the broadband status quo. If Perlman is right, or if some other inventor-entrepreneur comes along who can deliver a breakthrough of similar potential, the local governments and business enterprises that have invested in expensive gigabit fiber networks will find themselves in a disadvantageous position. So in a sense those local governments that are choosing to forlornly accept broadband mediocrity rather than invest in gigabit fiber networks are betting that something better and cheaper will come along in the not-too-distant future.

As Reihan notes, allowing for an “empowering innovation” like this to flourish may come down to creating a friendly tax environment for productive capital investments.

The future for broadband in America is bright. With a substantive focus on allowing innovation to flourish, we can hope for even faster and more efficient communication across this country. More importantly, it will be an enabling technology that spurs on follow-on growth in a range of disparate and surprising sectors of the economy.