U.S. Chamber of Commerce Foundation / Don’t Pawn This, You Might Get Caught 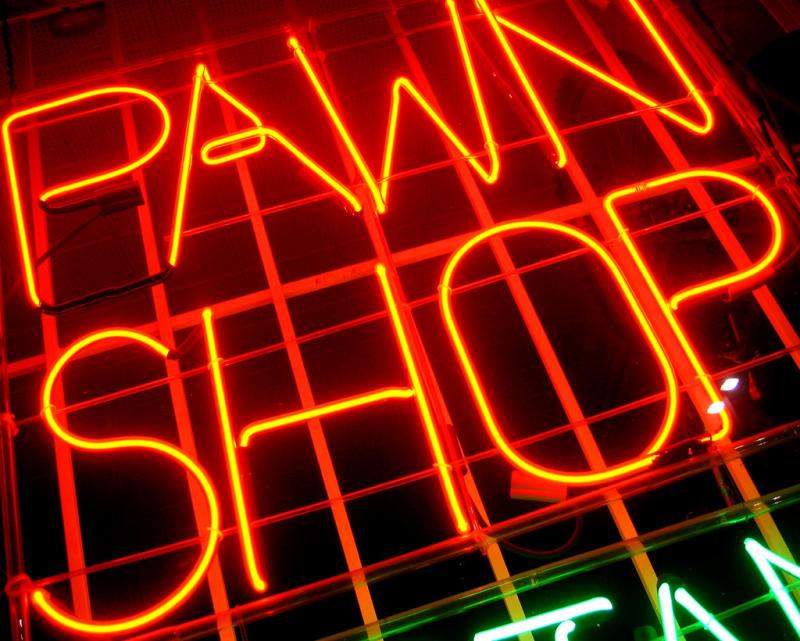 You’ve been robbed. Your great-grandmother’s wedding ring that has been in your family for four generations is gone and your brand new flat-screen television is missing. The police have no leads on who the burglar was, and the chances of seeing your valuables again seem slim. What would you say if there was a way to better your chances of recovering your possessions?

Many burglaries are committed by young, first-time offenders in need of quick cash. The arrest rate is very low. Between the lack of reporting—burglaries are unreported about 50% of the time—and the lack of witnesses and evidence, police seldom catch the culprit. According to a 2012 study by the University of North Carolina at Charlotte, 40% of the time burglars head to a pawn shop to rid themselves of the items and make a profit.

Under the 13 federal  laws as well as the countless state and local laws that govern the pawn industry, pawn shops are required to report their buyers and sellers to local law enforcement authorities. This reporting rarely ends in an arrest or the recovery of stolen goods. A burglar without a criminal record will not raise a red flag. Many items pawned are not unique and therefore not easily identified. Pawning stolen goods out-of-state often means they’re beyond the reach of local law enforcement, particular since reporting by the shops often comes to the police in paper form and is never entered into a larger database system.

That is why local authorities are beginning see the value in creating online databases for pawn shops to enter items that were bought and sold. In Charlotte County, Florida, the description, brand, size, weight, and serial number of all items purchased or pawned by a secondhand store must be entered into the sheriff’s office website within 24 hours. The shops must also wait 30 days before they can sell pawned items, giving detectives time to track down stolen goods. This has led to quicker arrests and more recovered items.

Some databases, such as the Law Enforcement Automated Database Search Online (LeadsOnline), stretch further than the boundaries of a single state or county and centralize the data reported. They allow for easy reporting of pawned items and identification of those doing the pawning. Databases serve as a link between secondhand shops and law enforcement, as well as between various law enforcement authorities across the country.

LeadsOnline does not charge businesses for its use. Instead, police departments subscribe to the database and pay annually for the service on behalf of businesses in their districts. The LeadsOnline website states, “We're no nonsense, innovative thinkers, focused on making communities safer and committed to making our client's lives much less complicated.”

Detective George Montgomery of the Birmingham, Alabama, police department, a member of one of the 2,800 agencies using the database, agrees that systems like that are effective. He said, “With LeadsOnline we are able to solve crimes faster. The old fashioned way included manually entering and searching pawn tickets, and now it's a much simpler process for everyone.”

Recently, Gautier, Mississippi, police made an arrest in the January 14, 2014, murder of Hunter Miller in Biloxi. A witness to the shooting gave police a partial name and description of the suspect—not much to go on in the search for the killer. When police used LeadsOnline to enter what little information they did have, the driver’s license photo of a Nicholas De Morst appeared in their search. They were able to locate him and charge him with the murder less than a week later, and he is now being held without bond.

This is not the first arrest made in Gautier with the help of a comprehensive, shareable database. Stephen Michael Brown, Sr., was convicted in 2012 of capital murder in an arrest brought about by police using a similar pawn shop database. Arrests have also been made in cases where stolen metal was sold to pawn shops and scrapyards, and LeadsOnline was used to capture those offenders. Through the example of Gautier, we see that the creation of a national pawn shop database would allow for arrests to be made not only in burglaries, but other crimes as well.

With a national database, information already being reported to local authorities could be centralized. Easy access by police and detectives would deter crime and result in more solved cases using fewer resources. In a survey of 20 law enforcement agencies in Texas using LeadsOnline, 95% saw an increase in property crime arrests, 100% an increase in the number or stolen items recovered, and 100% saw a decrease in time spent by officers checking pawnshops. Together LeadsOnline and law enforcement agencies work to solve crime.

In short, if you were ever faced with a tragic theft, say, of your great-grandmother’s ring, this kind of data-driven innovation would make it easier for it to be found and returned to your family for it to be passed down for generations to come.  The potential is there, at least— it simply needs to be realized to help law enforcement combat criminal activity.

COVID-19 Healthcare Coalition
The Power of Data and Predictive Analytics in Pandemics
Defining Tech for Good in the COVID-19 Era
This form needs Javascript to display, which your browser doesn't support. Sign up here instead