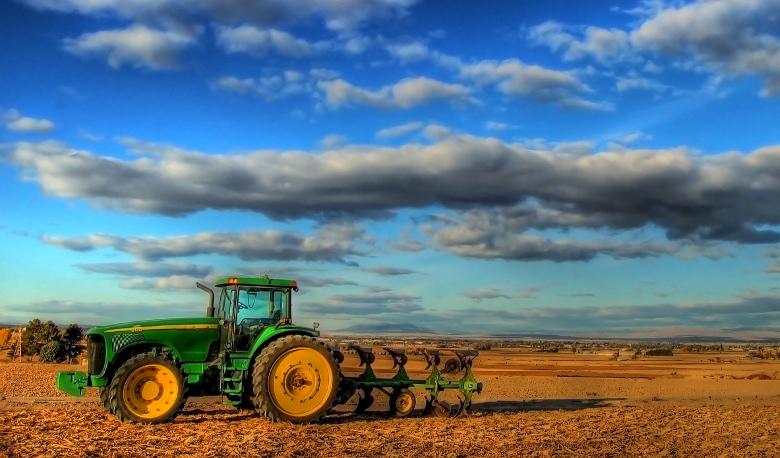 Every year, over 500 of Indiana’s farmers and ranchers gather to talk about their industry. The agenda for this year’s Livestock Forage and Grain Forum seemed mostly like it always was, full of discussion on “Thinking About Manure in a New Way” and “Making Your Land Lease Work for You.” But something was different this time. Standing in a sea of Hoosiers was The Economist’s London-based data editor, Kenneth Cukier, there to talk about a revolution. "Big Data is coming,” he said, “and it's going to hit you like a tidal wave.”

Change is afoot in nearly every corner of America’s economy as data grows in size and depth. Perhaps more significantly, these advancements aren’t confined to traditional tech hubs. Middle America is quickly becoming a major beneficiary of—and investor in—Big Data systems, with traditional industries such as agriculture experiencing the most profound change.

“[With] data collected by farm machinery,” Cukier found, “manufacturers can now in some cases analyze—in real time as you move across the field—when different parts of your combine are operating outside the normal range of heat or vibration. Then they can accurately predict a part failure before it happens, saving you valuable time and money.”

Information is made actionable through interpretation and visualization, and no less so with farmers gauging local conditions. John Deere, the storied tractor maker, now provides farmers with an interactive dashboard displaying essential insights on their equipment and land. David Everitt, president of the company’s Agriculture and Turf division, has said that “[digital] is the next wave of productivity for the future,” and that the company is positioning itself to capitalize on this move.

Just because Big Data is, well, big, we can’t be fooled into thinking it’s beyond our grasp. Indeed, the core advantage of Big Data is that it can be accessible to nearly everyone with the right tools and connections. That also means that the connected world can help diffuse innovation beyond Silicon Valley startups. Every company and every state is data-driven these days; the question is whether they know it. Farmers and ranchers are farther ahead than most in capitalizing on these newfound gains.

As Matt Asay at TechRepublic recently concluded, “While it might seem like the lowest of low-tech industries, agriculture is turning out to be one of the more interesting and innovative places for big data.” Asay goes on to note that ”the older the industry, the more profound the change big data can make.”

Cukier would likely agree. To a crowd of nodding heads, he said that “the accumulation of these huge amounts of data that can be precisely applied to specific problems has created a new form of value, which is an asset that can give its users a competitive edge in the marketplace.”

The data-driven innovation rippling through agriculture now is ultimately good for farmers, yes, but also for society and your wallet. More to the point, it’s also highlighting the fact that some of the biggest advancements today aren’t found always found in high-tech, but in Middle America.