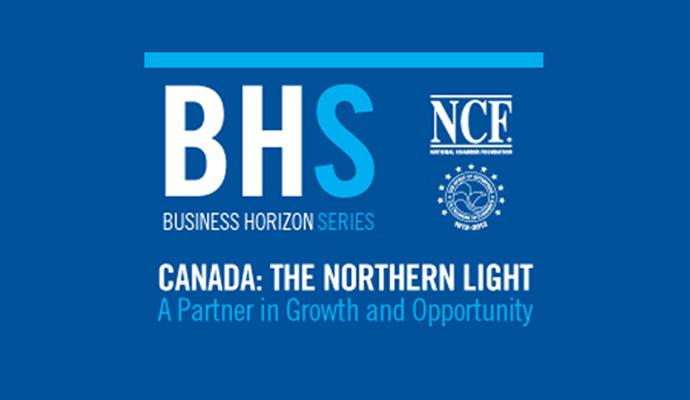 Regulation is a double-edged sword. In a free market, standards can play a positive role guarding competition, safety, security and other matters. Yet, regulations can also strain growth and competitiveness if not reasonably aligned with market realities. The United States, like most countries, is facing tough economic issues, like public debt, the need for skilled workers, international competiveness challenges, and other matters. In this environment, the regulatory sword demands extra care, so it does not cut the legs from beneath a nation that is still getting back on its feet.

The potential for help or harm makes the conversations and decisions on regulations critically important for the future of the American private sector. Though the United States is unique in its economic prowess, international influence, and political makeup, studying the ways other nations address regulatory challenges can reveal important insights and guidance for lawmakers and the voting public. There are lessons to be learned from America’s competitors and neighbors. Among the world’s many examples, some of the most enlightening are just next door, in Canada.

Even with global economic challenges, Canada has a lot going for it. The country and its businesses enjoy a competitive corporate tax structure, vast natural resources, and a small national debt. In comparison with the United States, the unemployment rate is lower, the average household is richer and the currency is on par with the U.S. dollar. As discussed in a previous blog post, this prosperity can be traced, in part, to tax adjustments that helped business competitiveness. Yet, more can be done to support Canada’s private sector, and the country’s work in reforming its regulatory system raises important considerations for the ongoing American discussion.

A “Smart” Approach to Regulation

In the late 1970s, Canada’s Economic Council revealed some troubling figures. Studies found federal regulations increased some 350 percent between 1955 and 1975. This recognition of massive regulatory inflation came at a time when Canada faced substantial economic challenges and a deep recession that would not ease until the 1990s. This spurred a quarter-century of ongoing reforms, which were highly successful at preventing further inflation. In a 2002 review of the country’s regulatory system, the Organization for Economic Co-operation and Development (OECD) called Canada “a vigorous innovator in the areas of good regulatory governance.”

Yet, laws and rules, left unattended, remain as static as the paper on which they are printed. The 21st century presents countries with new needs and challenges across all aspects of society, government and business. To its credit, Canada has required periodic evaluations of regulatory programs since 1977. Yet, given the pace of global change (or perhaps, the pace of the regulatory agencies’ evaluations), by 2003, the country needed faster reforms.

Recognizing this, Canada turned to a strategy that would align rules with modern day demands and realities, aptly named for its intent, “Smart Regulation.” A 2003 advisory committee was tasked with identifying reforms that would, among other things, foster innovation, growth and a business-friendly administrative system. The committee report concluded:

“An outdated system is an impediment to innovation and a drag on the economy because it can inhibit competitiveness, productivity, investment and the growth of key sectors. Other countries are reforming their systems, and Canada cannot afford to be left behind.”

The committee offered numerous recommendations, including: increased cooperation between federal, provincial, and territorial governments; a more strategic approach to international trade, particularly with the United States; a faster approval process; and ultimately, a major change in how the country approached regulation and how the regulators themselves were trained and motivated.

Overall, the concept of Smart Regulation is not to de-regulate industry. It is to create regulations that work with industry, supporting the public good without unduly burdening or harming the industries that create economic growth, jobs and long-term prosperity. Indeed, regulations that unreasonably strain and stifle the private sector run counter-intuitive to their most basic purpose, which is net public benefit. Canada’s reform efforts, while ongoing, seem to reflect this understanding.

Each level of the Canadian government holds a regulatory stake in economic activity. As a result, businesses can encounter stiff challenges to success and competitiveness. The World Economic Forum's 2011-2012 Global Competitiveness Report called “inefficient government bureaucracy” the biggest barrier to doing business in Canada.

Effective, streamlined regulation can give businesses a competitive advantage, but a duplicative, costly regulatory system can hurt private sector growth. Canada’s Red Tape Reduction Commission heard a revealing story last year from a businessman attempting to set up a wind farm. To develop the clean energy source, the businessman needed 10 permits from 21 organizations. The approval process took two years, and when the plan was finally cleared, some of the approved wind farm technologies were out of date.

Canada’s regulatory system is not perfect. A Canadian Chamber of Commerce report on the top barriers to competitiveness estimates Canadian businesses can spend up to $33 billion complying with regulatory layers. Nevertheless, there are important concepts that permeate much of what the country’s public and private sector is working to address. Creating an efficient, timely process that balances application with business cost, all while striving for a net public benefit. These are common-sense ideas that approach regulation with reason and caution. As the Canadian Chamber describes the double-edged sword: “Regulating well is a competitive advantage. Doing it badly is a signiﬁcant constraint.”

Lessons for the American Regulatory Discussion

The U.S. private sector is facing a large number of regulations, some in place already with many more still to come. For specific industries, costly regulations strain revenue and competiveness, but another ramification from increasing regulations is the threat to confidence. Many industries are unsure how upcoming regulations will impact their business. This leaves business owners uncertain about future costs. Lacking confidence about what government rules will mean for their company, they are hesitant to invest in hiring new employees, expanding the business and contributing to the growth America needs. As the regulatory debate continues, it is important to remember the Canadian focus on balance, efficiency and reason. Simple concepts that could make a big difference in both countries’ futures.

To gain a better understanding of how regulation, reform, and collaboration can support economic success, on July 31, 2012, the National Chamber Foundation is presenting the next installment of its Business Horizon Series, entitled Canada: The Northern Light: A Partner in Growth and Opportunity. The event will feature a revealing discussion with Perrin Beatty, president and CEO of the Canadian Chamber of Commerce, and U.S. Chamber of Commerce president and CEO Thomas Donohue. There will also be panel discussions on cross-border opportunities, taxes and trade, energy, and many other important topics. The Honorable Rob Merrifield, member of the Canadian Parliament and Chair of the House of Commons Standing Committee on International Trade will offer the keynote address, discussing the lessons learned from the North American Free Trade Agreement.

Only a few seats remain for this event. Register online today, and join NCF and its Canadian and American colleagues for this important discussion.