U.S. Chamber of Commerce Foundation / The Future of Automation: Driving Our Economy or Disrupting Our Labor Force?
General Foundation
August 7, 2017

The Future of Automation: Driving Our Economy or Disrupting Our Labor Force? 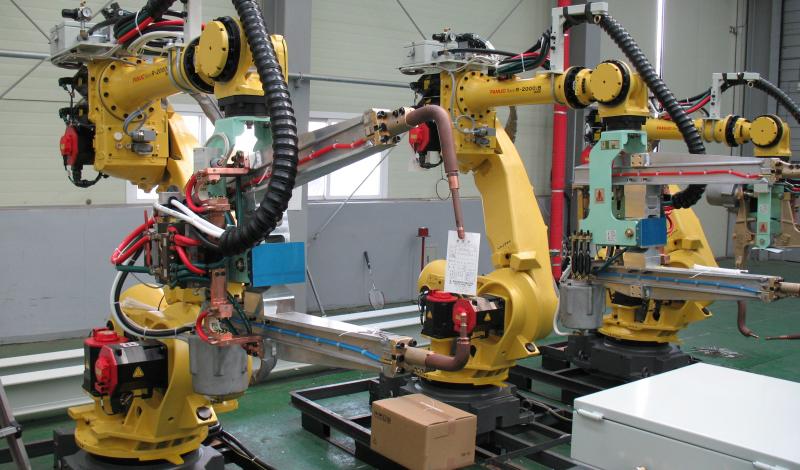 Despite any anxiety created by the rise and replacement of technology in our labor force, we must keep one thing in mind: Technology will never be able to replace the importance of the human spirit.

I recently witnessed this type of compassion while commuting home. At one of the stops, I watched a woman who appeared to be homeless board the bus with a stroller full of possessions. She fumbled for her wallet, promising to find enough money to pay her fare, but the bus driver invited her aboard and insisted he would cover it. After helping the woman to her seat, the driver asked the people waiting in line to step back so that a family with a child who had special needs could board the bus. He stepped off the bus to greet the family and then helped the father roll the child’s wheelchair aboard the bus and proceeded to secure the wheelchair for the trip. Throughout the entire sequence of events, I couldn’t help but wonder how the same scenario would look in a future filled with driverless vehicles.

Ushered by a new wave of technology and innovation, automatically piloted cars could completely transform our morning commutes, trips to the store, and rides home from dining out. Over the past few years, autonomous driver-assisting technologies have become increasingly popular, and while driverless cars are still mainly in testing stages, they are nevertheless coming. In fact, the rise of self-driving cars has led some to predict that over time fewer people will own personal vehicles. Instead, they could rely on fleets of driverless cars to take them to their destinations.

The major changes in our auto and transportation sector seem to be—besides incredibly futuristic—a sign of advancement. These advances, nonetheless, have also fueled fears of massive displacement in the labor force. According to the Bureau of Labor Statistics, the transportation and warehousing sector accounts for approximately 5 million jobs in the U.S., which is approximately 3.6% of the nation’s workforce. With the rise of automation, these roles could change dramatically. And as Goldman Sachs found, jobs in the transportation sector could disappear quickly—approximately 25,000 jobs per month, or 300,000 a year. At this rate, workers in the transportation and warehouse sector could be displaced by technology in 15 to 17 years.

Innovation will lead to the creation of new jobs to replace those lost to automation and redefine what it means to perform certain jobs.

Yet what automation takes, it also gives. Shifting to driverless vehicles would reduce car accidents from 6 million to 1.3 million per year and car deaths by two-thirds. They would be more fuel-efficient and drastically reduce carbon emissions. And as Alana Semuels of The Atlantic argues, automation will create new jobs, replacing low-paying positions with jobs that involve monitoring fleets wirelessly.

Given the impressive benefits of automation, it seems unlikely that we will, or even desire to, reject the rapid advances of technology. Though some drivers in the transportation industry may be displaced by the rise of automation, we must recognize that technology is incapable of completely replacing workers. Rather, innovation will lead to the creation of new jobs to replace those lost to automation and redefine what it means to perform certain jobs.

As sectors like the transportation industry transform, we should focus on retraining and preparing our workers with the skills required to perform tomorrow’s jobs. Ultimately, if we promote the value of “human skills” too, we can continue to drive innovation in evolving sectors, navigate disruption, and steer the American economy in the right direction—regardless of who is behind the wheel.