A Glimpse Into Financial Wellness as an NFL Player 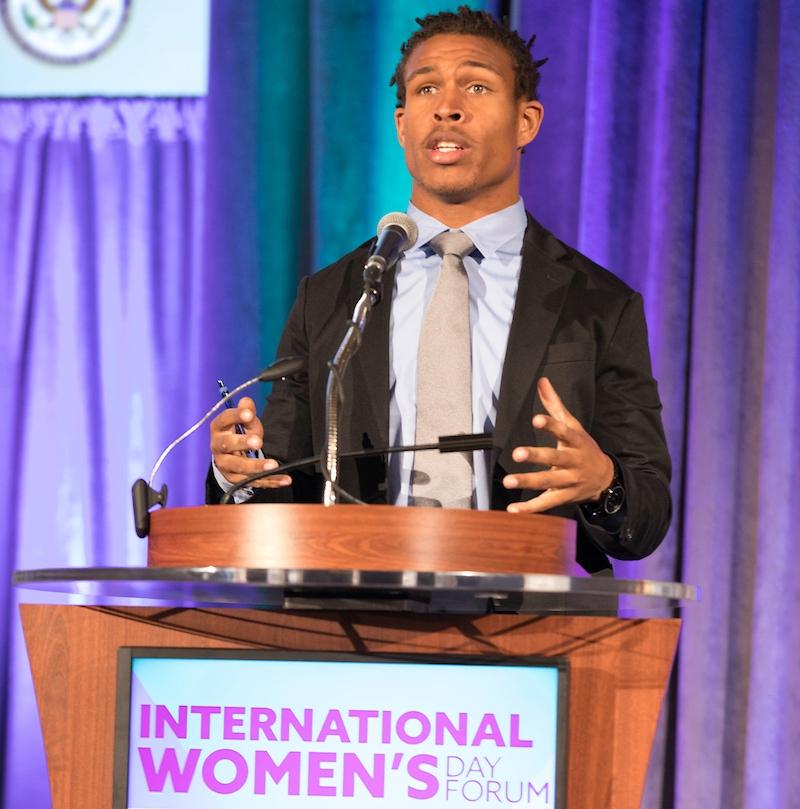 Financial Wellness is a real problem in the workplace that many companies are not tackling head on. Financial stress can cause a variety of issues for an employee that often accompanies them in their jobs. Sleep deprivation, overeating, substance abuse, and anxiety are just a few of the negative effects that hinder employees from performing at their maximum potential. Statistics from The Center for Financial Services Innovation show that 85% of Americans are anxious about their financial situation, and PwC has shown that their anxiety interferes with their work. It may seem simple and minor, but these distractions can cost the company thousands or even millions of dollars, not to mention putting other employees at risk.

This problem has always been evident, but numerous companies are just now starting to provide comprehensive financial wellness programs for their employees. In most cases, these programs are not mandatory; however, they often provide significant incentives to participate, including retirement planning and financial counseling.

Personal finances aren’t like sports or the weather; many people don’t feel comfortable discussing their money with others, especially when they are having financial issues. A common term is “living check to check,” but in reality, many people are living off of the promise of the next check. Whether it be debt incurred before they got the job, or frivolous spending habits, some people have spent their check before it even touches their accounts.

My employer is a great example of how a company can help improve financial wellness of employees. The NFL provides a boot camp that is mandatory for all rookies, whether they are drafted or undrafted. The camp includes a welcome to the NFL and what is expected from us on and off the field, but it goes deep into financial wellness issues like credit mentoring, budgeting, and a plethora of other classes provided to help us with the transition into money. With the majority of their employees coming directly from college or otherwise in their 20s, budgeting, saving, and credit are foreign concepts to most.

Ways we choose to spend our money, particularly transportation, housing, food, and entertainment are presented to us during our budgeting meetings. During these meetings, we get an idea of what the annual costs are to live a certain standard that many expect of professional athletes. Since many new NFL players have no prior credit or job history, but generally high income, car dealerships, banks, and rental agencies can charge high prices and interest rates. By walking us through the expectations of short-term money management, these counselors highlight our monthly costs, which are often higher than we expect.

Additionally, independent experts from the fields of money and credit management spend hours with us to explain how long-term money management works and how we can take advantage of the different resources that our job offers. For the rookies, they heavily stress savings and the 401k due to the unpredictable nature of our business. The NFL offers a 2-1 match up to the player’s $16,000 annual contribution. Meaning, if we put in $16,000, they will match it with $32,000. It may not be a lot compared to our current salary, but that $32,000 in a 401K for 30-40 years can grow to be a large sum.

Players that are on active rosters for three years are eligible for monthly stipends after they retire, but those three years must be on a 53-man roster, and practice squads are not included. Players that compete on an active roster for 10 seasons receive additional retirement bonuses in the form of annuity available at the age of 55. Since practice squad players do not receive a 401k option or a stipend after they retire, the goal for every player is to make the team, consistently, for as long as physically possible.

The 1-on-1 session with credit experts was the most valuable class in my opinion. I had multiple school loans that I paid off during college, so had good repayment history, but I still had a low credit score of 555. I had never heard of rotating credit, authorized users, or length of credit history. I always thought that credit was useless until I started to apply for car loans and mortgages. With the credit expert’s insight, I was able to raise my score to a 720 in just a year!  A lot of the ways they suggested I rasie my credit score are possible for anyone, including holding onto two paid-off credit cards, becoming an authorized user on someone else’s account, and consistently paying bills on time. In the end, the difference in those scores helped me to save thousands on my car loan and my home mortgage. The boot camp and all the efforts that the NFL makes to work on our financial literacy and wellness are important.

"When people think of the NFL, most believe that all players are millionaries, but unfortunately, this isn't true."

The public perception of NFL players causes some players to live lifestyles that are outside of their means, just to live up to them. Expensive lifestyles are hard to change, especially when you have friends and family depending on your income. Coming from no money or a little money, when you get that first NFL check in your account it changes your, and your friends’ and family’s perception, of cheap. While some D1 colleges give their players monthly stipends or refund checks to help with the cost of attendance, including room and board, it’s not enough to get new NFL players used to the new income.

The best part of that income is that you now have money; the worst part is that everyone knows. They discuss the big deals on ESPN and all other social media outlets with a big picture of your face. For most players, people just have to type into google to find out about your contract. People always talk about those individuals that magically appear only after the contracts and money arrive, but most fail to realize that the people who feel the most comfortable asking for money, loans, and new business ideas are the people who are closest to you. Redefining your circle to keep financial stress low and wellness high is the hardest thing to do. Some players don’t bother until it’s too late.

“Financial imprisonment” is the term used by Patrick Kerney, who played in the NFL for 11 seasons. Cars, houses, jewelry, credit cards, loans, clothing, and shoes all seem miniscule at the time, but when you don’t have the checks to finance them all, something has to be sacrificed when your career is over, or on pause in between teams or injured.

For players that were blessed to be drafted early, they have a financial head start over the late round picks and free agents. Even so, roughly 30% of NFL players make under 500k due to the recurrent trades, injuries, and lack of guaranteed contracts. These immoderate spending habits are a staple of professional sports, and are part of what the NFL’s financial planning courses help the players get a grip on early in our careers. Even though these cases may be extreme, for any company hiring a large number of employees straight out of college, or from low income backgrounds, the issue can be the same—how to help people handle new money.

At least one major study has followed and detailed the financial wellbeing of drafted players, and found a lot of bankruptcies among those players, no matter their total income or time in the League. The real numbers are likely higher since it failed to include players that were free agents that made the team or practice squad players. The NFL is often translated as “Not For Long,” and for the majority of players this holds true. With an average career span of 3.3 years, many players do not get to choose when they want to retire from the NFL and don’t get many of the retirement benefits mentioned above. Those benefits are sorely needed; Pablo Torres reported in 2009 that 78% of NFL players experience financial stress or bankruptcy within two years of retiring.

When you think of the amount of money that some NFL players make, it is easy to think that it would be impossible to spend it all. Believe me, it is very possible. Between most players’ tax bracket in federal and state taxes, and the standard Medicare, and Social Security withdrawals, around 40-60% of everything is gone before we see it. Because of the amount we make, players are taxed like businesses, whereas the average American has between 20 and 30% of their check taxed. This doesn’t even include higher state tax rates. There are 16 games in the regular season that splits your yearly contract into 8 checks for the year, season, and offseason. So budgeting is a must.

While the NFL may have a specialized set of employees, the types of financial services that it offers can be inexpensively replicated by other companies for their employees. The money invested into these programs can pay off tremendously for the employee and the employer. In my personal opinion, because of all the benefit it gave me and my teammates, financial wellness programs should be offered to all employees that have just been hired. As part of the new hire process, companies should invest in a financial coach or consultant for employees that want to get good advice to improve their financial wellness.